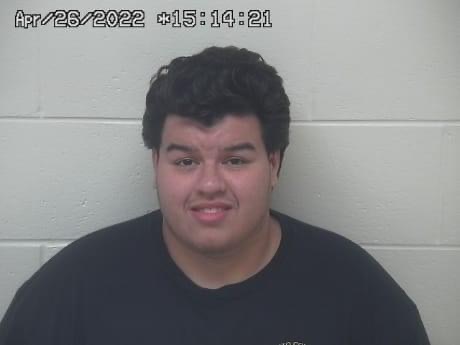 Scioto County Sheriff David Thoroughman stated that his office received a call from a local middle school concerning a possible sexual assault of a juvenile. This was March 21, 2021.
Sheriff Thoroughman stated that once deputies arrived at the school the juvenile reported that she had been sexually assaulted. She reported that the sexual assaults occurred on several occasions and that an adult male was the suspect.
At the time of this report Scioto County Children Services responded to the victim’s residence and removed two juveniles, as a safety precaution. The Scioto County Sheriff’s Office and the Scioto County Prosecutor’s Special Victim Unit continued the investigation. As a result of this investigation the suspect was brought in for questioning, which resulted in his arrest.
Arrested was Eian Robinson, age 19, of Hackworth Hill Rd. Otway, Ohio. Robinson was charged with 3 counts of Unlawful Sexual Conduct with a Minor, a felony of the 4th degree. Robinson appeared in Portsmouth Municipal Court on Wednesday, April 27, 2022.
Sheriff David Thoroughman stated that this is still an ongoing investigation that will result in more charges being presented to the Scioto county Grand Jury on a later date.