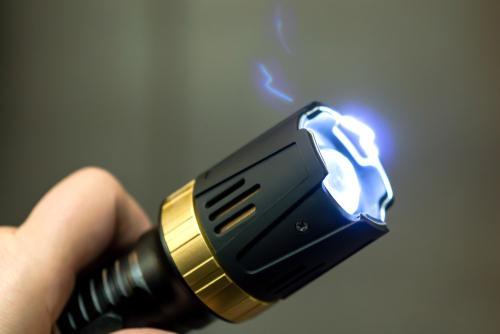 ROSS – A mother called Ross County deputies after learning her 10-year-old was tased at a family member’s home on Thursday in Ross County.

According to Ross County reports when deputies arrived on Stone road they learned that a 10-year-old had been at family members’ home after mom gave him permission to stay there to play video games. While there a 16-year-old who was visiting the family acquired a taser and used it on the ten-year-old.

Deputies noted that there were marks on the child where he was tased, at the scene medics checked out the boy but he was not transported to the hospital on request of mom.

During the statement process of the interview, Sheriff’s department learned that the 16-year-old after hearing law enforcement was there took off into the woods to hide. Currently, Sheriff department is investigating the situation