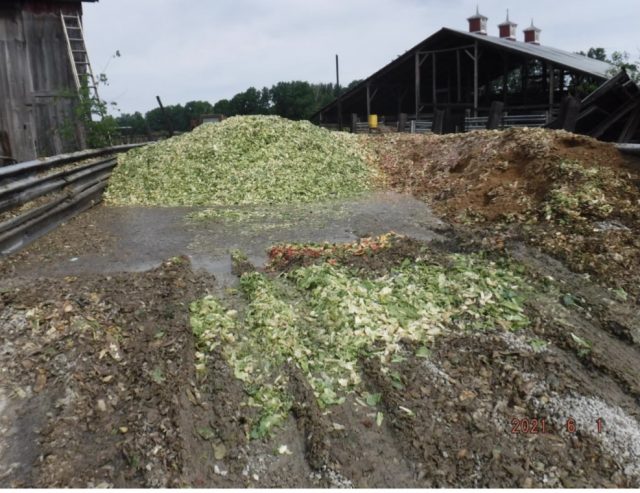 GOSHEN, Ohio) — Ohio Attorney General Dave Yost has filed for a temporary restraining order against the owner of dairy farm after a massive manure leak has caused significant pollution of the nearby Moores Fork stream.

The motion filed on Tuesday against Charles Carney in Clermont County comes after an investigation by the Ohio Department of Agriculture discovered the stream was completely black with manure and extending as far downstream as one mile.

“This isn’t a farm right now. It’s a biohazard that needs cleaned up before more harm is done,” Yost said. “I am stepping in to start the cleanup process.”

Investigators with ODA visited Carney’s farm after a complaint was made of dead fish in Moores Fork. ODA found livestock standing in manure that was a foot deep. Livestock feed or food waste on the property had been reduced to liquid waste and was flowing throughout the property, contributing to the contamination.

Neighbors nearby also said they spotted hundreds of dead fish in the stream.

Carney was given an Emergency Order by ODA to clean up the waste. Investigators from ODA returned to the property to find he had not taken corrective action to stem the flow of manure.

The case was then referred to AG Yost.

Ohio’s Soil and Water Conservation laws (ORC Chapter 939 and OAC Chapter 901:13) exist to protect the public an environment from discharges of manure to waterways.

Yost alleges in his motion for the restraining order that Carney has violated those laws by allowing manure-contaminated waste to enter the waterway.