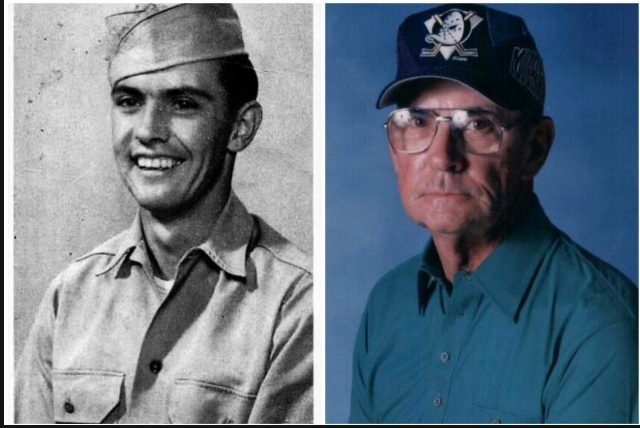 Robert J. Seymour, 98, of Laurelville, Ohio passed away peacefully on January 6, 2023. Robert was born on June 3, 1924. After returning from World War II he married his loving wife Margie (Welch) Seymour who preceded him in death. He was the second of 10 children born to Basil and Mildred (Smith) Seymour. Those siblings who preceded him in death were Helen Mae Seymour, Eugene Seymour, Betty Seymour Poling, Patsy Seymour Stocklin, Peggy Seymour Stump, Tom Seymour, and Bonnie Seymour Mettler. Those surviving are his children Diana Seymour (Bob) Shaffer, Michael and Brian Seymour along with his brother Basil Seymour Jr. and sister Donna Seymour (Rick) Good. He is also survived by many nieces and nephews. Robert served as a Corporal in the US Army Air Corp during World War II. He was stationed many places but most of his time was on the island of Corsica during the European conflict. He scheduled the Billy Mitchell B25 bomber planes on their missions out of Corsica. On family vacations he would take us to see all of the places he was stationed at in the U.S. After coming home from the war he worked at the Mead Corporation and retired there as a maintenance supervisor. After retiring from the Mead he became a Colerain Township trustee and served in that position for many years. Robert was an excellent athlete. He participated in many bowling leagues, softball and baseball leagues representing the Mead Corporation. He was a huge NASCAR fan and his favorite drivers were Bill Elliott, Chase Elliott and Jimmy Johnson. He enjoyed going to races with Mike, his nephew Kenny and brother Gene. He also loved gardening and keeping his lawn in perfect shape. His biggest concern after Margie died was making sure his son Brian was always taken care of. When Robert was young working for his father on the farms they rented out he used two horses and a thrasher to clear the land. One particular piece of property was one he fell in love with. It set on a hill overlooking three counties. When he and Margie started having a family they bought that piece of property and he built the house which he lived in until his passing. There will be a private service for the extended family at Wellman Funeral Home, Laurelville, Ohio on Wednesday, January 11, 2023 with visitation from 1-2 with a service at 2. A military burial will follow in Green Summit Cemetery next to his wife Margie. The family would like to thank son-in-law Robert Shaffer for his dedication, our friend and aide, Emily Copas for taking care of our dad like he was her own; Dr. Arnold Palmer, Adena Hospice (Carrie, Jess, Tristan, Jody, Allison, Eric, Cameron, Dr. Seidensticker and his team) for all of their care during this difficult time. Special thanks to his sister Donna, his niece Kay and nephew Kenny. In lieu of flowers the family would like for donations be made in Robert’s name to Adena Hospice, 2077 Western Avenue, Chillicothe, Ohio, 45601. Online condolences can be made to www.wellmanfuneralhomes.com.