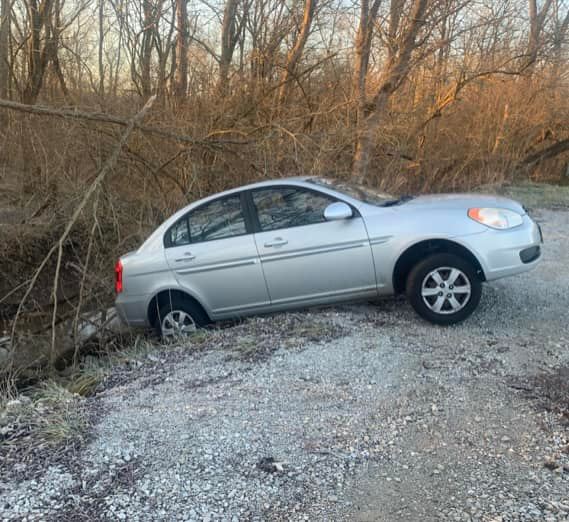 ORIENT – A woman called for help after getting herself into an uncomfortable position.

According to Franklin county sheriffs office this morning, FCSO 911 Dispatchers took a call from a driver who found herself in a precarious position. The driver told dispatchers her vehicle was teetering on an embankment and about to slide down into the creek below. The caller deployed the emergency brake, kept her foot on the brake, and kept the phone to her ear as FCSO Patrol deputies raced to the rescue.

Deputies responded to the area of U.S. Route 62 and Old Harrisburg Pike where they kept the driver calm and diverted traffic as Pleasant Township firefighters placed stops under the one wheel that was still touching the ground.

Eitel’s Towing & Transportation quickly arrived on scene, secured the vehicle, pulled the driver to safety, and…wait for it…declined payment. So generous! Sadly, the driver’s poor nerves paid in full but we are all so glad she’s safe. This was truly a team effort by first responders and a great job by everyone involved!