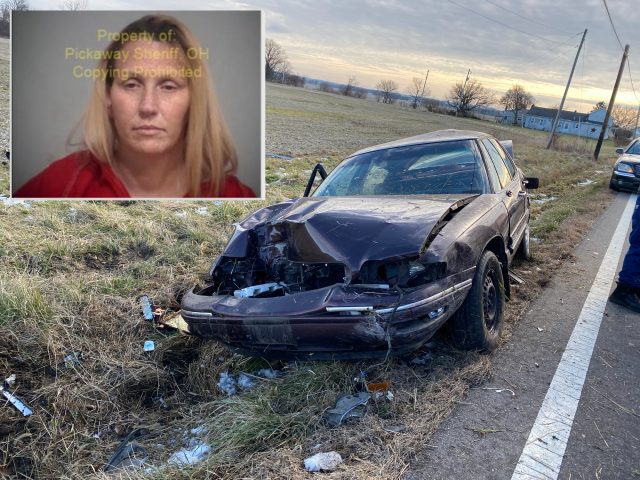 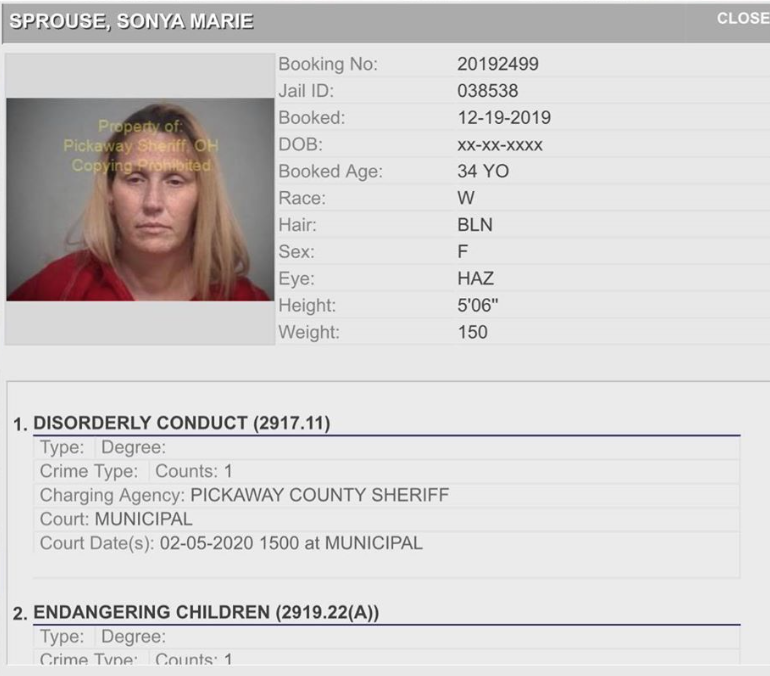 Around 10 am on December 21, 2019 Sonya Sprouse was heading eastbound on 56 when she failed to negotiate the corner went off the left side of the road and struck a utility pole and came to rest in a farm field. The car took heavy damage on the front and rear end of the car. Sprouse was driving with three children under 4 years old in the back seat.

Police and fire responded to the accident and removed the three children from the back seat and they were taken to Berger hospital with lacerations and bumps and bruises.

Sprouse was placed under arrest at the scene for Operating Motor Vechile Without Control, Failure to Reinstate License, Probation Violation, and Children Endangering (Times 3).

All the children were in car seats at the time of the accident, Salt creek- tarlton, Cleercreek, Pickaway Fire Pickaway Sheriff, and OSP were on scene