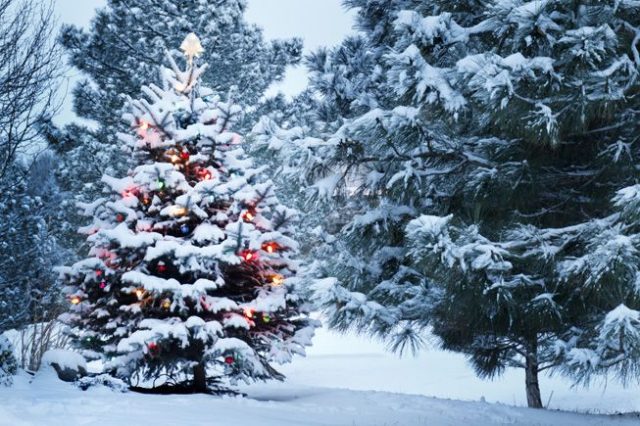 OHIO – One of the biggest questions that is asked during the Christmas season every year, everyone seems to want the white stuff for just one special week.

It appears as though a weather pattern will be developing across the U.S. that points toward a strong chance for snow developing around the Christmas period. A long-range forecast issued by NOAA every Friday forecasts a wintry pattern developing sometime in the second half of December. Their extended forecast calls for a wintery mix the week of Christmas but has not exactly defined Christmas day yet.

According to the 3-4 week temperature outlook map from NOAA, we are looking at a higher chance of cooler temperatures in the region for that time period, along with an outlook of above precipitation. Of course, we all know that cold rain equals Snow, there’s a good possibility that we will see Snow at least Christmas week.