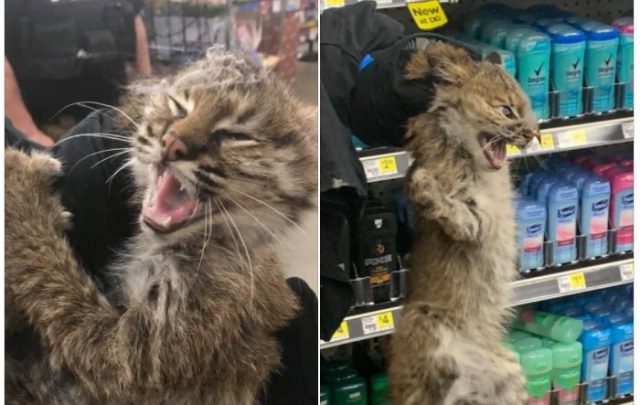 KENTUCKY – The Floyd County Sheriff’s Department was called to capture a wild bobcat that entered a Dollar General this week.

According to the sheriffs department the bobcat entered the the dollar general store near Route 680 and Route 80 in Prestonsburg Kentucky. Employees quickly reacted and called the sheriff on the wild animal.

This little fellow was captured tonight inside a store after store employees called and reported it being inside. …

Deputies who arrived on scene were able to corner the cat, capture him, and release him into the wild unharmed.