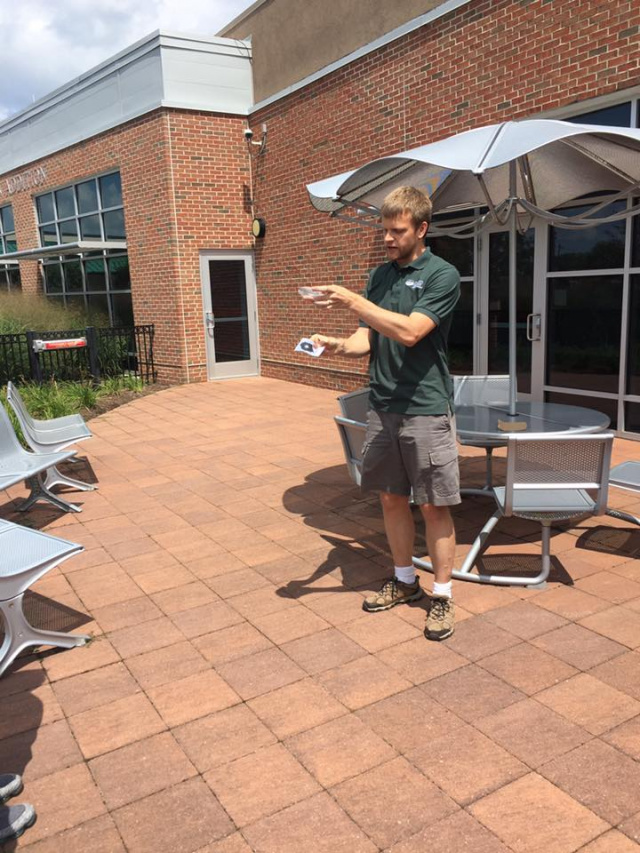 THE 2017 ECLIPSE what you should know!

What is a solar eclipse? A Solar eclipse is when the Moon passes in front of the Sun and casts a shadow on earth. Local Lecturer and physics Instructor Dr. Micheal Koop explains:

The eclipse will be most pronounced at 2:30 pm for Circleville. Physicists and astronomers believe we will get approximately 85-90% completion of the eclipse due to our location. The path travels across North America from Oregon to South Carolina, and we are slightly north of the actual path. However, as Dr. Koop explains, we will still see a majority of the eclipse. The eclipse will last for approximately 2.5 minutes in Pickaway County which is rather short for an eclipse. A total solar eclipse is rare. The last one visible in US was in 1979, and the next one will be in 2024. Only when a complex set of factors involving the Sun, Moon, and Earth intersect do we get a solar eclipse.

For safety reasons, you do not want to look directly at the solar eclipse without eye protection. If too much light enters your eye it can overload your retina and damage your eye. Do not use binoculars or telescopes as they magnify light and can blind you. Approved eyeglasses must have ISO or CE certification on them to guarantee that they will work properly and will not damage your eyesight.

It has been 38 years since the shadow of a total eclipse has been across the continental US. The upcoming eclipse will reveal the suns’ outer atmosphere called the corona. This allow scientists to measure it more accurately and in more fine detail. Our sun is an active star which releases charged particles and magnetic fields (solar wind) and ejections called coronal mass ejections. On Earth, these become the northern and southern lights. Additionally, they can impact our satellites. In studying the corona, scientists hope to predict these mass ejections more accurately and be better prepared for them here on Earth. 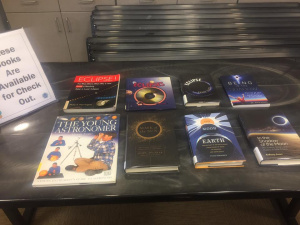 The Pickaway County Library will be having a Solar Eclipse Party on August 21 from 1pm-4pm in the Main Library Patio and Crites-Hannan Meeting Room. They will be offering free certified glasses to view the eclipse for all who attend. They are also offering a fun sun catcher craft and a fun Q and A concerning the eclipse. All ages are welcome. They will be viewing a direct NASA live feed of the eclipse on a projector so you will hear and see what scientists are doing involving this rare event. The Circleville branch of the library is located at 1160 North Court Street, Circleville OH 43113. Their phone number is 740-477-1644 ext 227. The library also has several books on this subject to check out.