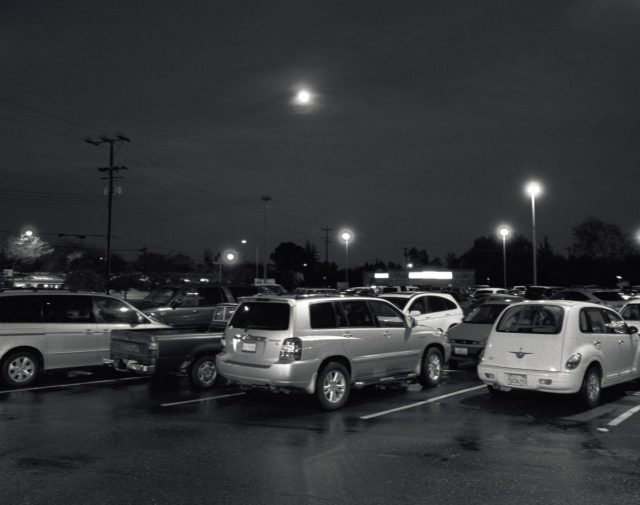 CHILLICOTHE – A claim of a woman screaming as a car drove away over the weekend has ended as false.

Heather Palmer said when she came out of the grocery store and was loading her car she heard something that would haunt her.

“I started hearing a woman screaming for help and a pounding sound. It took a moment to register what I was hearing. The man starting pulling away and I started yelling that there was someone in his trunk. People started looking but the old guy took off,” is what she claimed on a facebook post. 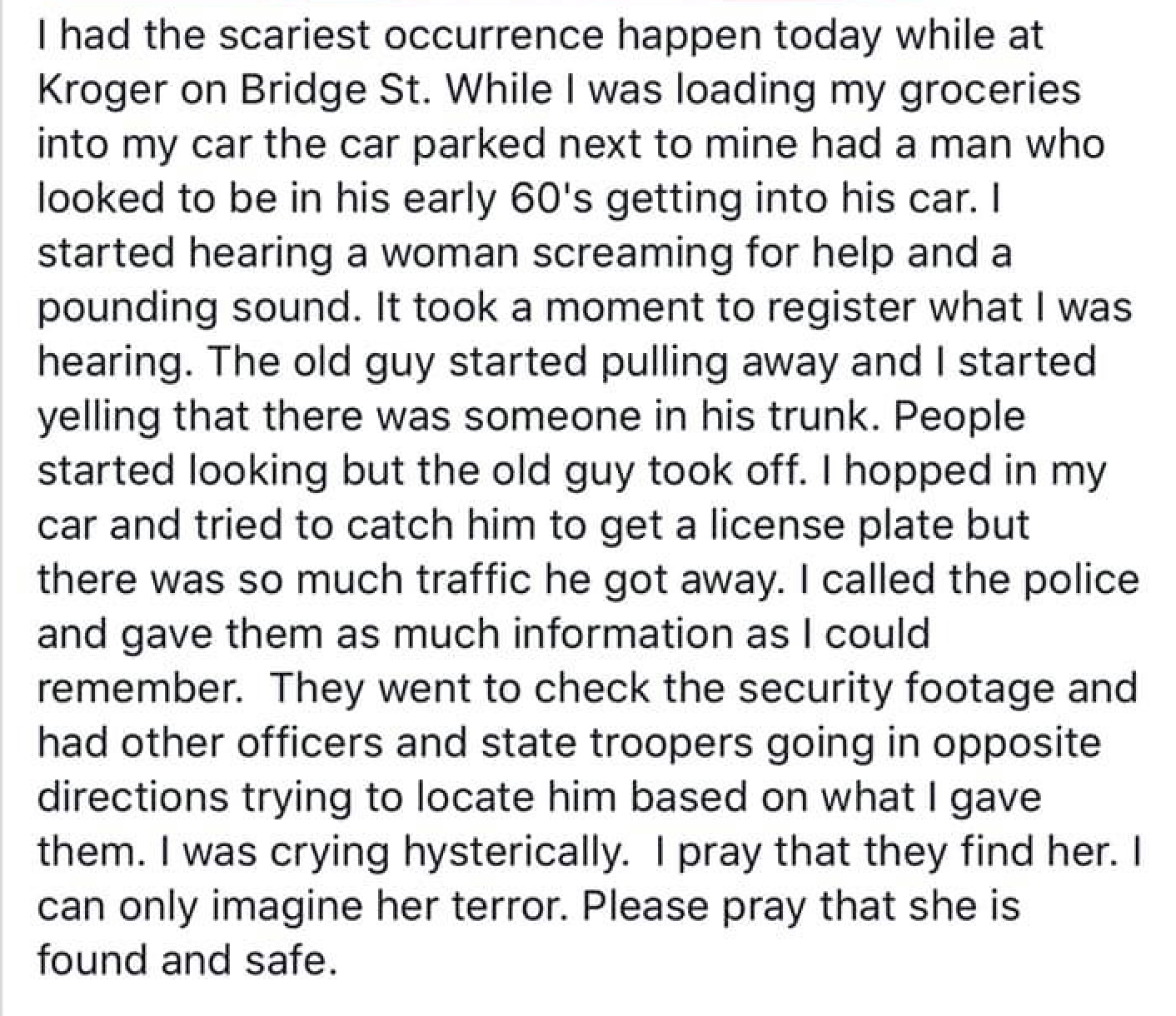 Palmer said she hopped in her car and tried to catch the car and get the license plate but he was lost in traffic. She then called police and gave a report.

Police said that they checked the footage and had other officers that were looking for the car. After two days of research the Chillicothe Police have found the suspect and they verified that the man had two kids in the back seat and they were making a lot of noise at that time, so he didnt hear Palmer yelling and just drove away.

In 2018 NCMEC assisted law enforcement and families with more than 25,000 cases of missing children.

Of the more than 23,500 runaways reported to NCMEC in 2018, one in seven were likely victims of child sex trafficking.