CIRCLEVILLE – City Council will come to meeting on its regularly scheduled time and place on December 3rd at 7 pm. Prior to that meeting City has planned two other meetings for the public to be aware of. 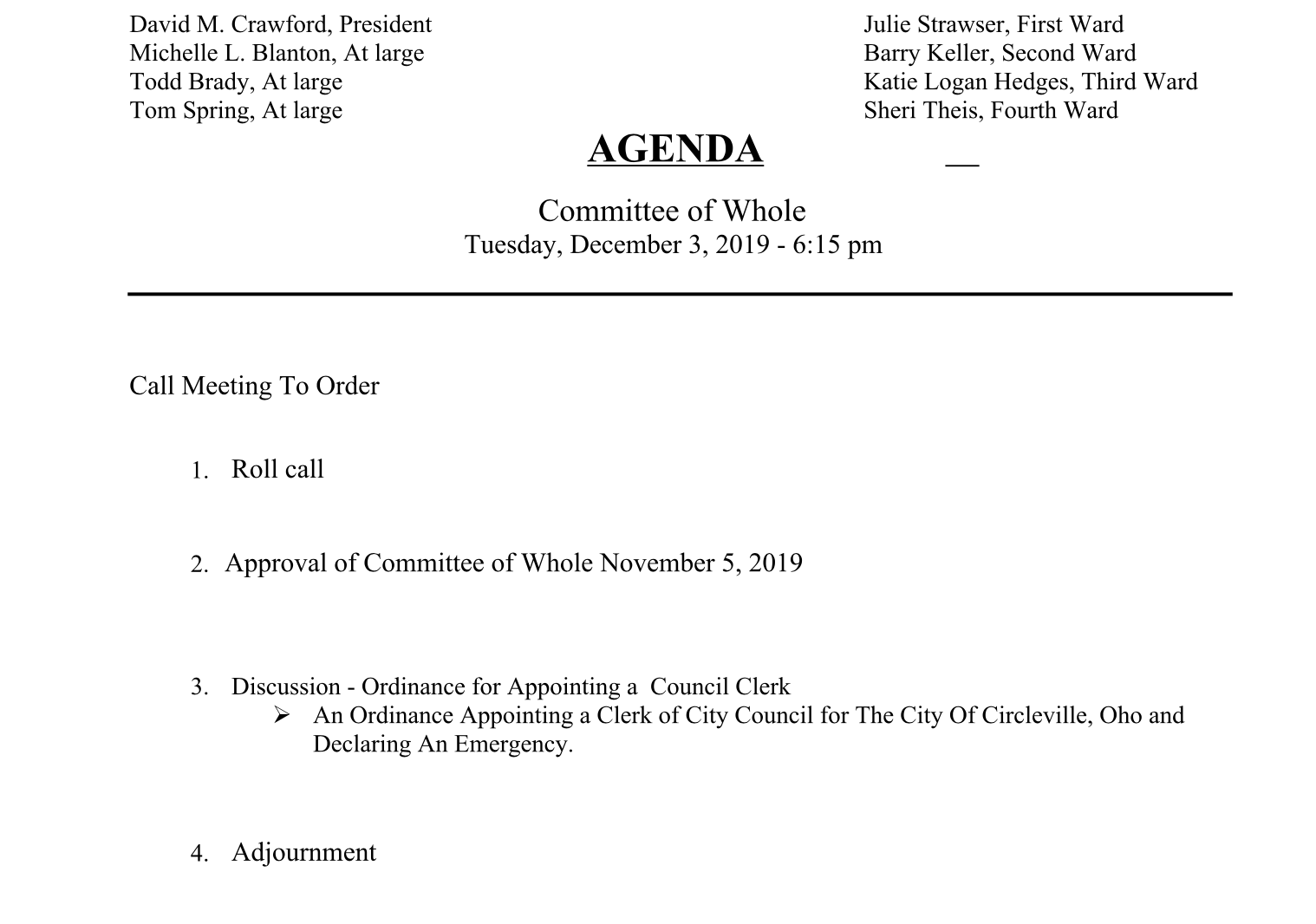 At 6:15 Committee of the Whole will convene at Circleville City Council Chambers to discuss a ordinance appointing a Clerk of of City Council for the city of Circleville.

At 6:30 Circleville City Council will have a public hearing to discuss four DRD (Downtown Redevelopment District) in the downtown area. 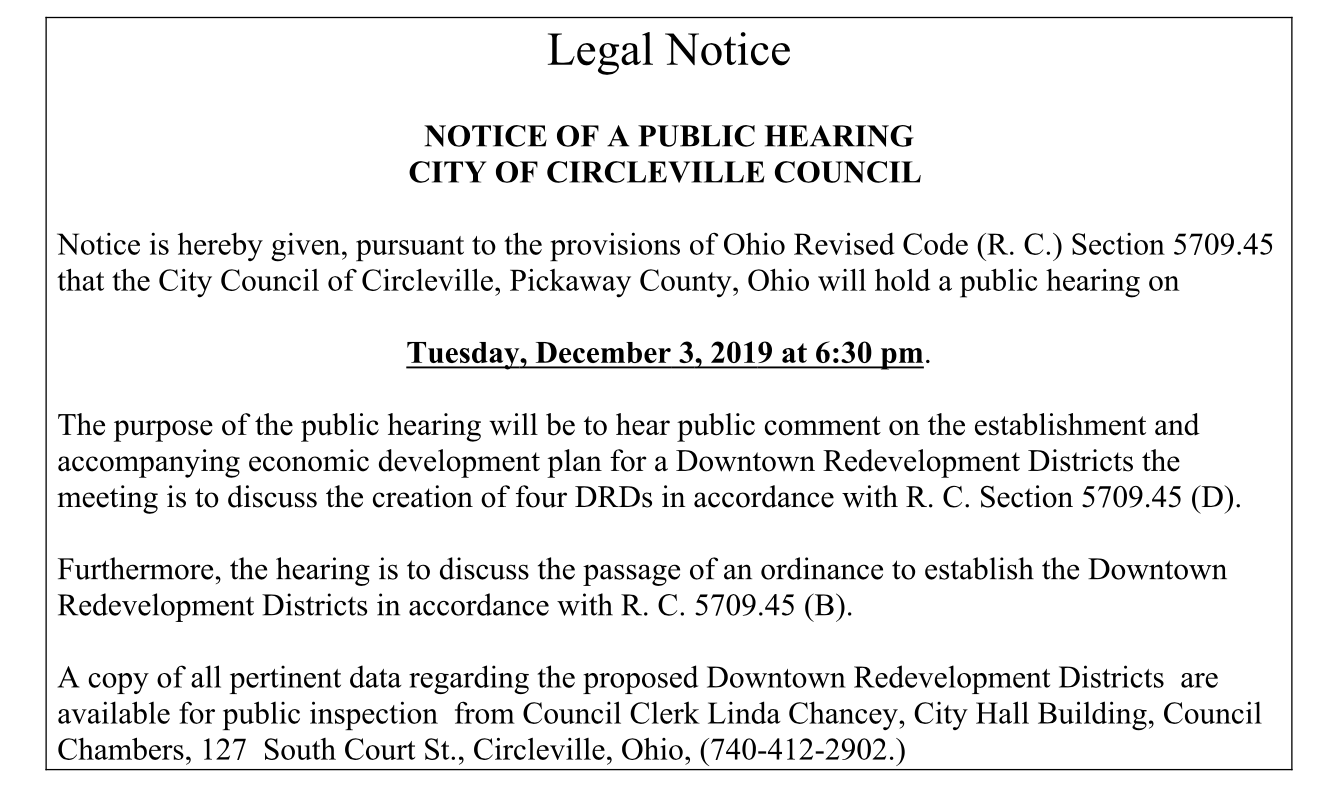 The legislative authority of the municipal corporation may also designate an Innovation District within the proposed or existing Downtown Redevelopment District for the purpose of attracting and facilitating growth of qualified businesses and supporting economic development efforts of business incubators and accelerators.

The payments derived from the increased assessed value of any improvement to real property are directed towards a separate fund to encourage redevelopment.

A development charge on the property can also be collected to cover all or part of the cost of the redevelopment.