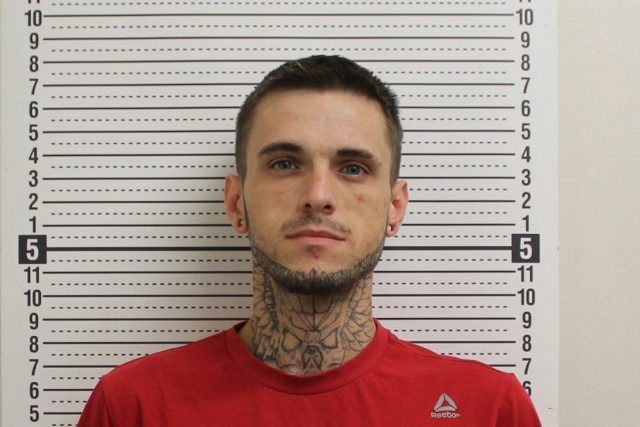 ROSS – A wanted fugitive was arrested in a trailer yesterday along Blain Highway, when he was arrested US Marshalls found drugs in the trailer he was staying in.

According to Law Enforcement, a Warrant was issued for the arrest of Jeremiah Bellomy when he failed to report to his parole officer. When they arrived at the trailer located at 55 Blain Highway Bellomy met officers at the door. He was quickly taken into custody, but after a search found that he was also concealing drugs inside the trailer.

A search of the rooms by APA officers revealed multiple baggies with white and off-white powdery substance totalling 9 grams, a tin with burnt and fresh foil squares, multiple clear and blue plastic baggies, a black and multi-color striped bag containing (1) a 9mm magazine loaded with thirteen rounds, (2) twenty-four loose 9mm rounds, and (3) a plastic buckle. These items were photographed and collected.

Bellomy will face his warrant arrest, plus other charges for the drugs, plus having weapons under disability.