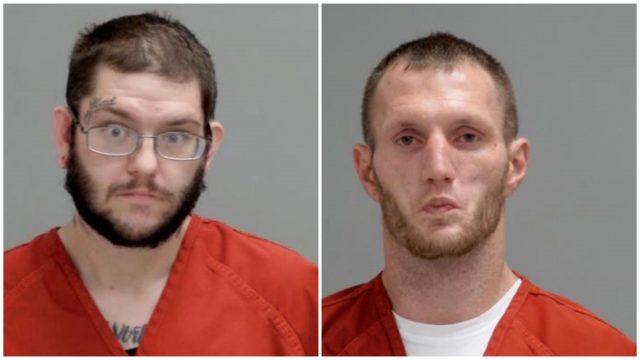 CIRCLEVILLE – A story we have been following since it broke earlier today.

According to the Circleville Police department earlier today, January 5th, 2022, at 0857 hrs. the Circleville Safety Forces Communications Center received a call stating two theft suspects from Rural King were hiding in the Circleville Sheetz store. Unknown to officers at the time, two male individuals had stolen a shopping cart full of power tools from Rural King, attempted to flee in a vehicle, struck a good samaritan’s vehicle who was trying to stop them, and fled across US23 on foot to Sheetz.

Initial arriving officers located the first suspect identified as 28-year-old Daymien L. Campbell hiding in the bathroom at Sheetz. He was positively identified by witnesses on scene and security video from Rural King and taken into custody without incident. The second suspect description was broadcasted to Circleville Police Officers as well as Deputies from the Pickaway County Sheriff’s Office. A short time later Officers witnessed the second suspect walking out of Walmart. The suspect fled on foot and was located a short time later in the back of the store by CPD Officers and PCSO Deputies. He was positively identified by the security video images as
second suspect 34-year-old Ricky Jones.

According to witnesses that commented on Sciotoposts earlier report, the thieves ran on foot across US-23 like, “frogger,”

Both individuals were transported to the Pickaway County Jail on criminal charges of felony theft without incident. The recovered tools were returned to Rural King and the vehicle was impounded.

One of the suspects was surprised he was being charged and asked for a supervisor to discuss his charges video here: https://fb.watch/alG2yVDh24/

We would like to thank the local observant citizens and the Pickaway County Sheriff’s Office for their assistance in this matter.