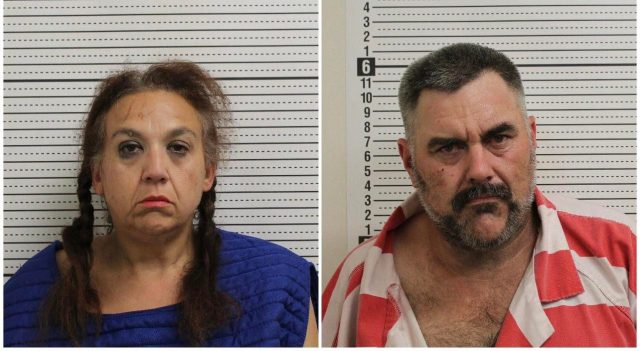 ROSS – Two people have been charged with kidnapping and other major felonies after a woman escaped bondage yesterday in the area of the Nipgen Camp Ground.

Around 2:30 pm on Saturday a woman was seen running for help in the area of 200 Block of 772. A 911 call was made and the Sheriff’s department responded. When they arrived they found a woman that had been restrained on her ankles and wrists.

Upon arrival, deputies made contact with an adult female who stated she had been held against her will by a male and female suspect. The victim was able to provide the responding deputy with a description of the suspect’s vehicle. Another deputy located the suspect’s vehicle on SR 772 near Liberty Hill Rd. and conducted a traffic stop on the vehicle. The suspect pulled over briefly, but accelerated away from the deputy as an officer from the Chillicothe Police Department arrived to assist.