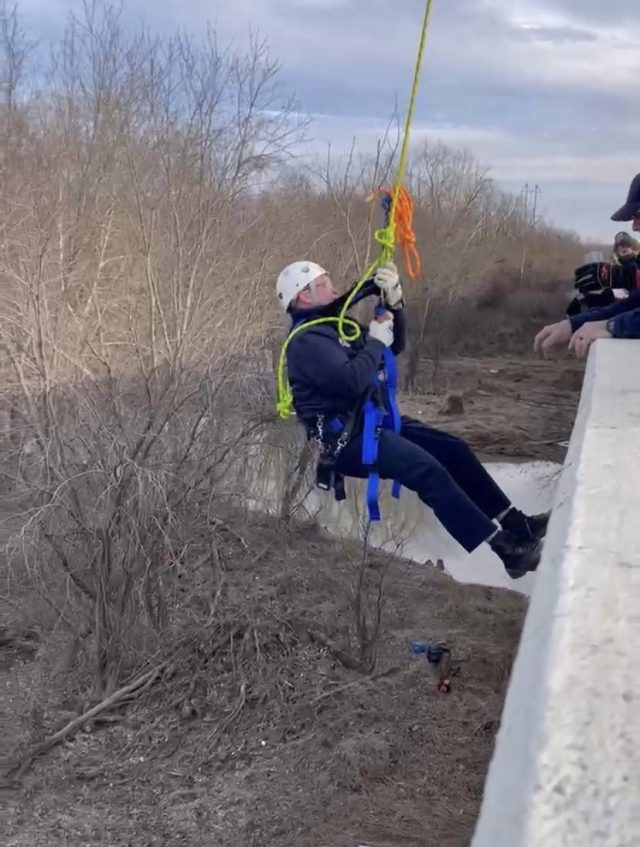 Chillicothe – The Ohio State Highway Patrol is investigating a three-vehicle injury crash that occurred on US Route 23 approximately two-tenths of a mile north of mile marker 12.

On January 12, 2022, at approximately 2:26 P.M., a 1999 Chevrolet Silverado, driven by Christopher Long, 39, of Chillicothe, was traveling north on US Route 23 when it struck a 2019 Dodge Caravan, driven by Horace McGlone, 77, of Portsmouth. The Dodge caravan then struck a commercial semi-truck driven by Todd Wanous, 67, of McGregor, Minnesota. Mr. Long exited his vehicle, made an apparent suicide attempt, and jumped off of the bridge, landing on the bank of the Scioto River over forty feet below. Mr. Long had to be hoisted up by Green Township EMS due to being surrounded by flowing water. Mr. Long was transported to OSU Wexner Medical Center by Medflight for his injuries. The passenger of the Dodge Caravan, Shirley McGlone, 77, of Portsmouth, was transported to Adena Regional Medical Center for minor injuries.

Mr. Long was suspected to be under the influence of alcohol and narcotics at the time of the crash. Mr. Long was considered in “critical but stable” condition by OSU Wexner Medical Center.