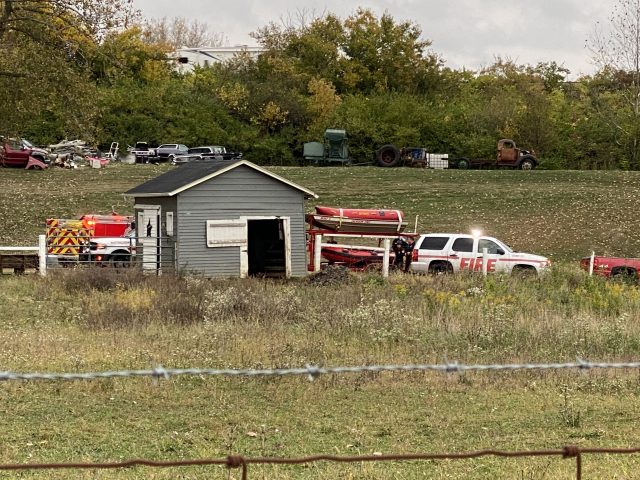 According to Pickaway County Sheriff, Robert B. Radcliff, his office is currently investigating a call for service involving a male possibly trapped underneath a forklift in a quarry. The incident occurred at 1520 Island Road, Circleville, Ohio at 1700 hours. Pickaway County dispatchers received the 9-1-1 call and immediately dispatched Fire, EMS and Deputies to the scene.

Cpl. Brooke Cano and Deputy Lance Canterbury arrived on scene within two minutes where it was determined that the equipment had entered the water and there was no sign of the victim. Once Fire and EMS arrived on scene divers were requested from other agencies.