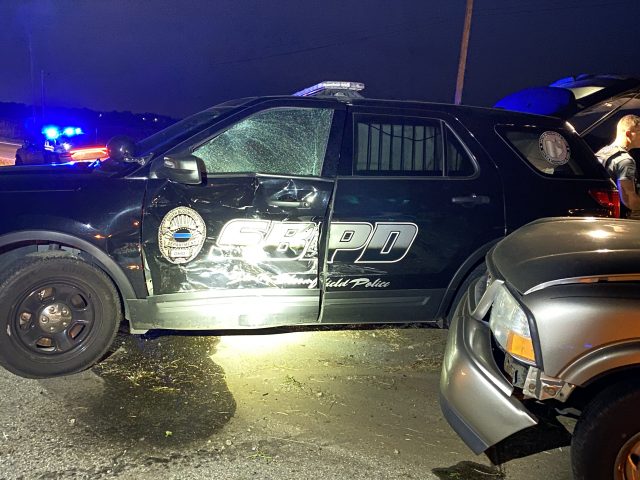 The crash occurred around 6:45 pm just south of Bloomfield Hill road according to Ohio State Highway patrol who was investigating the crash. According to OSP The South Bloomfield cruiser was driving Northbound in the left lane of US-23 when he attempted to turn left into the crossover in the median that is used for police and fire personnel. The officer used his signal and when he braked according to witnesses the car following behind the marked cruiser braked also, but the silver truck who was traveling too closely had to avoid crashing into the vehicle in front of him by using the median. The silver truck was unable to stop and struck the turned cruiser in the crossover. 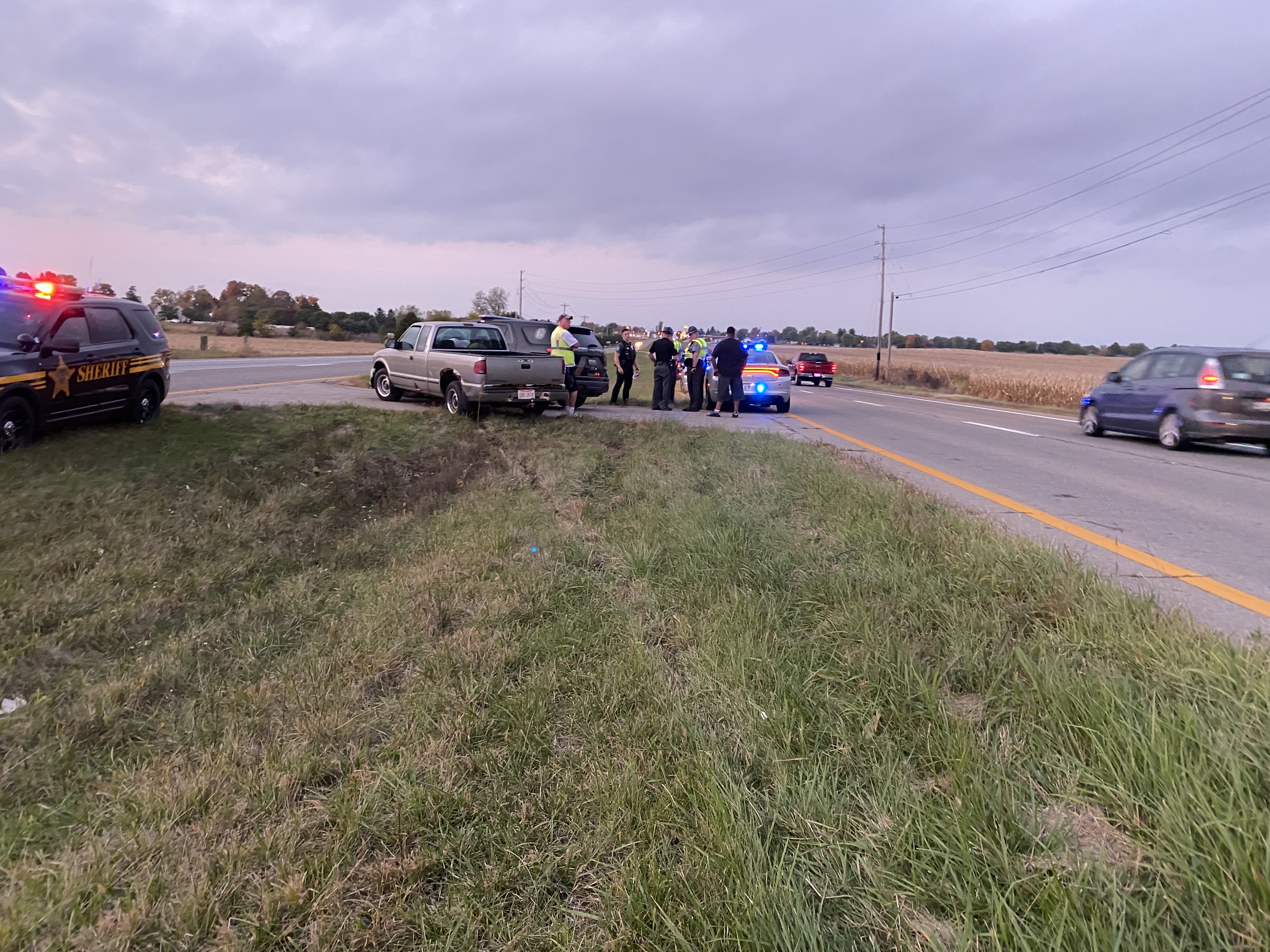 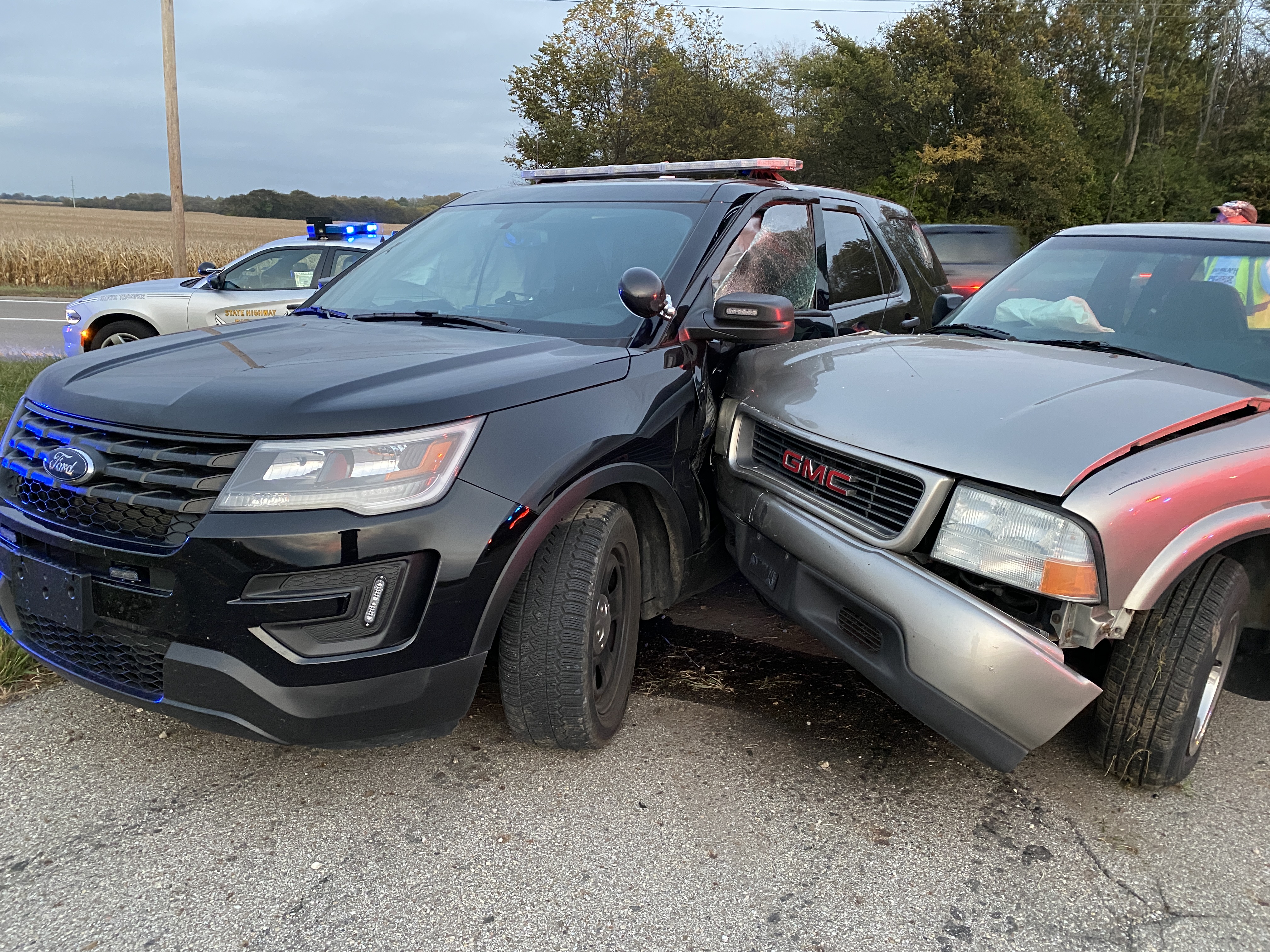 A jail employee from Ross county jail who witnessed the accident stopped immediately to make sure everyone was ok. 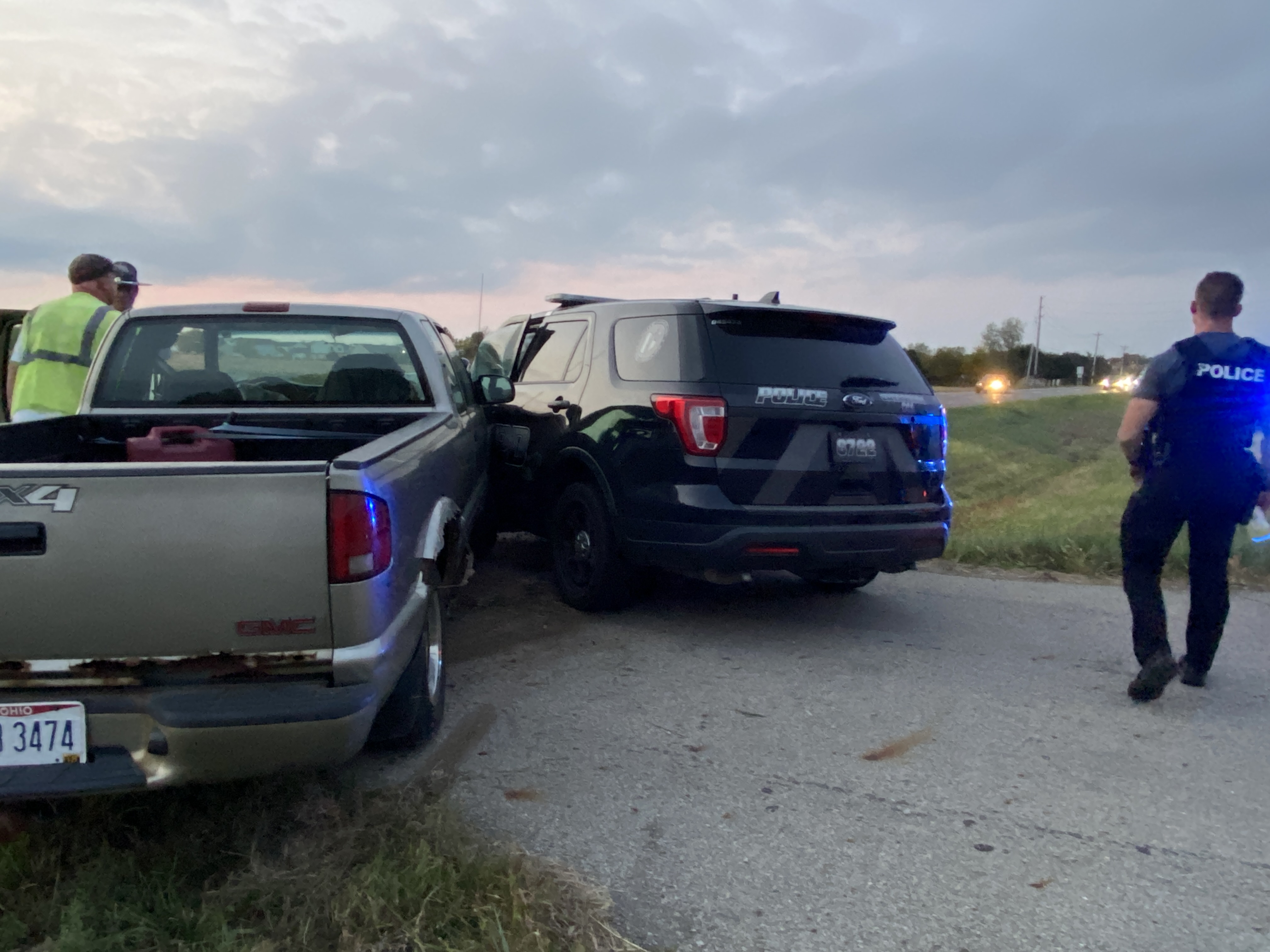