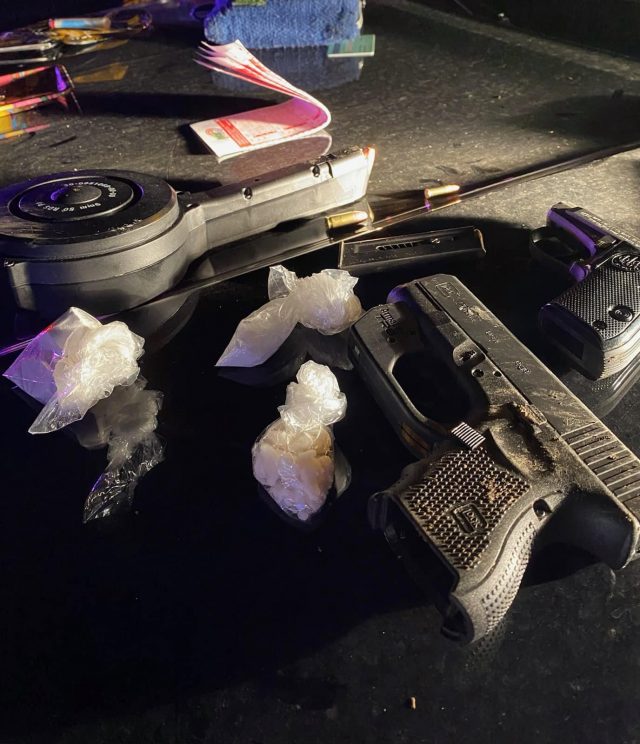 Just after midnight on Sunday, South Bloomfield police officers pursued a fleeing driver north on U.S. 23 into Franklin County. A short time later, FCSO deputies spotted the suspect vehicle and initiated another pursuit until the female driver and a male passenger bailed and took off running in the area of Thurman and Oakwood in south Columbus.

Even more concerning, deputies discovered a toddler, unrestrained but unharmed, in the back seat of the suspect vehicle. The driver is facing a charge of felony fleeing.

Vancleaf is now facing felony drug charges and numerous weapons charges as a convicted felon. The FCSO Special Investigations Unit is continuing the investigation. This was a high risk response and there is no question the deputies’ courage and swift action may have saved lives.