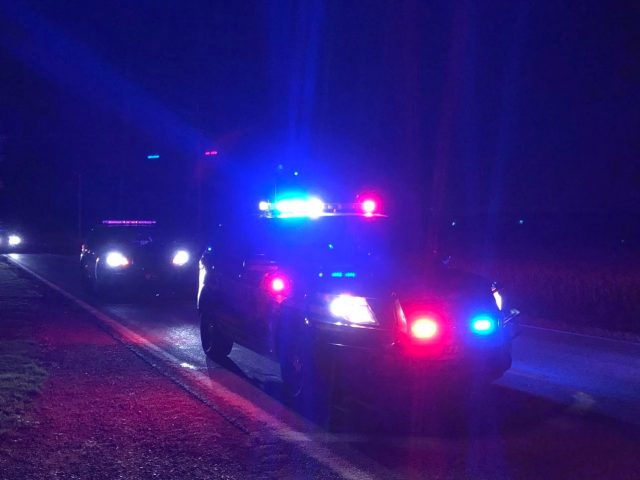 FAYETTE – A series of crimes led Fayette County Sheriff deputies on a manhunt Tuesday evening in northwest Fayette County. The incident began on Wesley Chapel Road near the intersection of Reid Road at approximately 4:58 p.m. on September 6, 2022.

​According to Fayette County Sheriff Vernon Stanforth, his office received a complaint of a suspicious male on Wesley Chapel Road. Upon arrival, Deputy Justin Bennett encountered an unidentified male in the ditch area with a motorcycle nearby. When Deputy Bennett inquired why the suspicious male was in the area, the male reported that he was looking for his cell phone and then mounted the motorcycle, fleeing from Deputy Bennett on Wesley Chapel Road toward Prairie Road. Deputy Bennett pursued the motorcycle, at times reaching speeds exceeding 100 MPH until the pursuit was terminated on State Route #38 for safety reasons as the vehicle was northbound toward Interstate 71. At the time, Deputy Bennett was unable to identify the male or obtain a registration from the motorcycle. ​

At 6:08 p.m. on Tuesday evening, the Fayette County Sheriff’s Office received a call from an area resident reporting that the same motorcycle was again on Wesley Chapel Road with the male driver walking the ditch area. Deputies responded to the area, along with Sgt. Michael Payton who was off-duty at the time and in his personal vehicle. Sgt. Payton was first to arrive and encountered the unidentified male. Upon questioning the male, he informed Sgt. Payton that he was attempting to locate his cell phone that was lost in the area. Sgt. Payton identified himself as an off-duty deputy sheriff as the male attempted to mount the motorcycle and flee once again. Sgt. Payton became involved in an altercation with the male who fell from the motorcycle and fled on foot into a wooded area on the south side of Wesley Chapel Road. Sgt. Payton lost sight of the male in the wooded area and remained with the motorcycle until the arrival of deputies. As deputies were arriving on scene, the registration on the motorcycle was obtained and found that the 2021 KTM motorcycle has been reported stolen in Fairfield County, Ohio. Additional resources were called in, including deputies and the K-9 unit with the Fayette County Sheriff’s Office, members of the Washington Court House Police Department, and the aviation unit from the Ohio State Highway Patrol where a manhunt ensued for the subject spanning several hours. As law enforcement was attempting to locate the male, information was obtained from the Mechanicsburg Police Department in Champaign County, Ohio indicating that the male subject being pursued was believed to be a subject identified as Tristan S. Metzger, age 24 of Marion, Ohio. A photograph of Metzger led Deputy Bennett and Sgt. Payton to a positive identification. Law enforcement officers from the above agencies searched a large area until after 11:00 p.m. Tuesday night for Metzger but was unsuccessful in apprehending him due to heavily wooded areas, standing cornfields and the onset of nightfall. Deputies maintained patrols in the area during the overnight hours.

​On Wednesday morning shortly after 8:00 a.m., the Fayette County Sheriff’s Office was contacted by an employee of Lakota Trailer Sales at State Route #38 & Interstate 71 reporting the theft of a 2015 Chevrolet Silverado truck. Metzger is a suspect in the theft of this vehicle. The vehicle has been entered stolen and a warrant has been issued for the arrest of Metzger, charging him with a felony count of Receiving Stolen Property related to the stolen motorcycle.

​Intelligence received by the Fayette County Sheriff’s Office late Wednesday morning indicated that Metzger, who is described as a white male, approximately 6’00”, weighing approximately 160 pounds with brown hair and brown eyes with a tattoo above his right eye brow that reads “Taylor”, was reportedly in possession of the stolen vehicle from Lakota Trailer Sales and was last known to be in the Columbus, Ohio area.

Around 9 pm Tristan Metzger has been taken into custody without incident at a residence in east Columbus by members of the U.S. Marshal’s Fugitive Task Force.