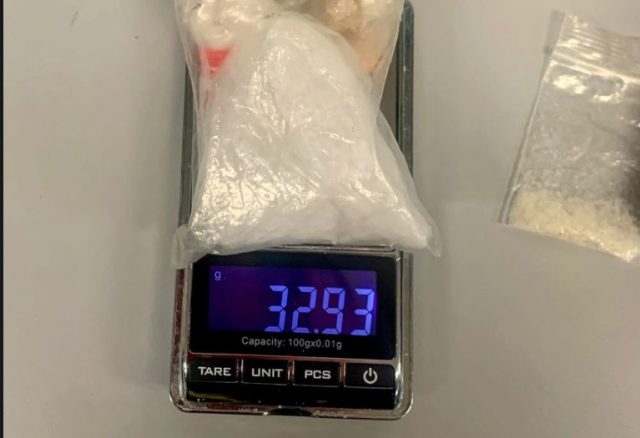 CHILLICOTHE – Chillicothe police released more information on a social media post on 33 grams of possible Methamphetamine/Heroin off the streets on the 3rd shift over the weekend.

According to the Chillicothe Police department, the traffic stop that yielded the drugs started on Vine street to High Street when the officer noticed that the vehicle did not have an operating tail light. When the officer engaged the driver, Eric Pettiford he asked for ID and found he was under driver’s license suspension for Child support. The man was removed from the car, but there were several other people in the vehicle.

“Based on my training and experience, I believe the crystal substance to be methamphetamine, the brown powder substance to be heroin, and the two orange pills to be suboxone,” said Police.

All of the substances and pipes were seized, photographed, and placed into evidence. The seized substances will be sent to BCI for Chemical Analysis.

At this time police issued Keaton summons # 8618 for Possession of Drug Paraphernalia with a court date of October 18, 2021 at 09:00am in the Chillicothe Municipal Court.

Pettiford was issued traffic citation #37112 for Driving Under Suspension and No License Plate Light with a court date of October 18, 2021 at 09:00am in the Chillicothe Municipal Court.