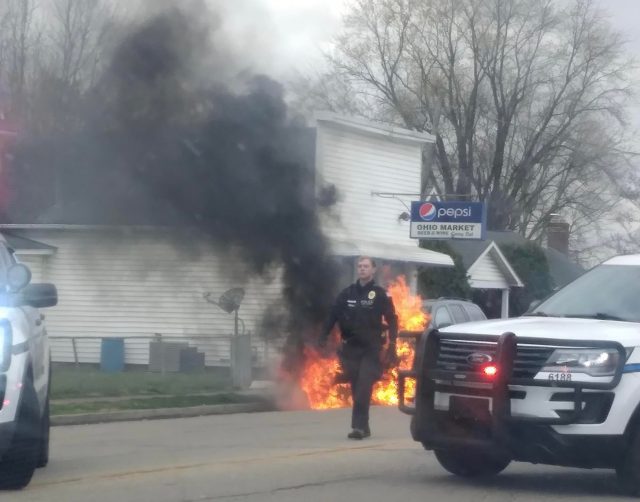 CIRCLEVILLE – Three Circelville officers were able to get to a car fire quickly around 5 pm on April 1, 2022.

According to witnesses, the three police units were at a stop on Pickaway Street where a vehicle and driver were being detained for a possible search when police got the call of a vehicle on fire on Ohio street. According to witnesses the police department quickly left the scene and arrived at 357 East Ohio Street quickly and was able to make sure that everyone is out and traffic was controlled when the Circleville Fire department arrived on the scene.

The video was captured of the tire exploding and the fire raging here: