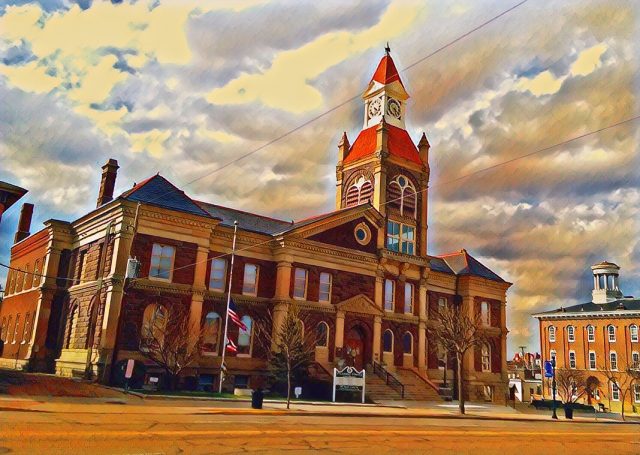 John Knauff and his son, Joseph W. Knauff, were charged with grand
theft and vandalism in the harvesting of trees in the Erie Canal area in
Pickaway County. The duo claimed they did not know they were on state-
owned land when they harvested the trees.

The State of Ohio called six witnesses and the defense presented three
witnesses in the trial.
Judge P. Randall Knece presided over the three-day trial.