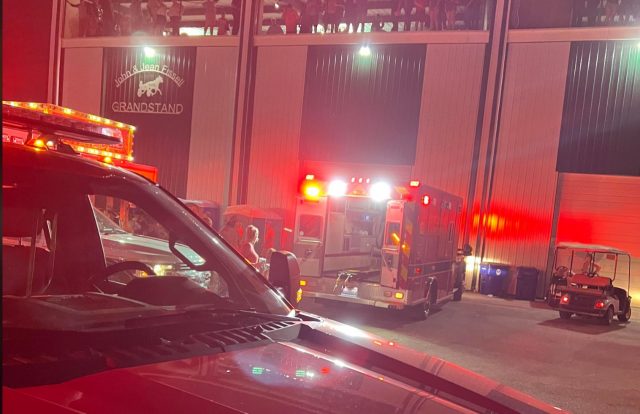 Pickaway – Three people were involved in a fair fight on June 25, and two of them have been charged with an assault.

According to the Pickaway County sheriff’s office around 10:06 pm they were alerted to a man being down and needing medical assistance in the area of the lower grandstand area. When they arrived they found a male laying on the ground unconscious and bleeding from the head. EMS was immediately requested to the area.

Witnesses described a fight between two men and a woman, and that the other man had left the scene and was heading back towards the track, where officers were able to identify him.

The Sheriff’s department reported that during this time the area was “chaos of all the fair goers and multiple fights taking place, the officers were not able to completely finish their investigation at the scene.”

When the area calmed down, witnesses told the sheriff department that they observed the two males arguing. He stated the female involved tried to break up the verbal altercation between the two males identified as (Ronald Compton and Christopher A. Thomas, and was assaulted
by Christopher when she got in between them. Ronald in her defense then hit Christopher and he fell to the ground.

Ronald Compton and Christopher Thomas were both charged with
assault, Compton was transported to Pickaway County jail, Thomas who was taken to Grant Hosptial due to his injuries will be processed at a later time and a warrant was issued.