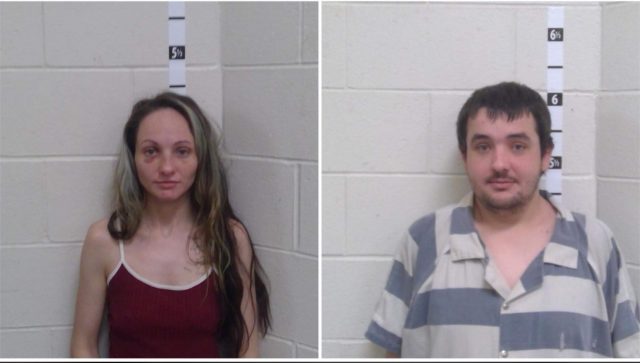 ROSS – On 2/16/22 around 13:10 Officers were dispatched to 83 S. Watt Street in reference to a stabbing. Officers arrived on scene to find that a disturbance occurred and a male had been attacked by a male and female. The victim stated he was stabbed several times in the face, head, and arm area by the male.

Officers investigated and determined the suspects were in the 500 block of E. Main Street and located Jimmie Davis w/m 28 years old and Cheyanna Davis w/f 25 years old. Ms. Davis had blood on her right hand and Mr. Davis had blood on his blue jeans when located. Mr. Davis admitted to stabbing the victim during an altercation out of self-defense. Officers with assistance from Detectives conducted a search warrant and found the knife used. From the investigation of evidence and witnesses statements, Mr. Davis was arrested for Felonious Assault and Ms. Davis was arrested for Assault and both were transported to Ross County Jail. The victim was treated at Adena Regional Medical Center after receiving treatment for his injuries was later released.