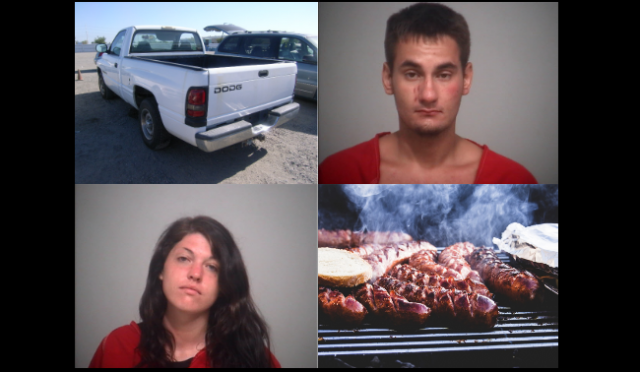 CIRCLEVILLE – Troopers from the Circleville Post of the Ohio State Highway Patrol made an apprehension after receiving a report of a stolen vehicle on Wednesday, July 4, 2018 at approximately 2:10 p.m. in Ashville.

On Wednesday, July 4, 2018 at approximately 2:01 p.m. Circleville Post troopers received a report from the Fairfield County Sheriff’s Office regarding a 2001 White Dodge truck that had just been stolen from Stoutsville, Ohio. A Circleville Post trooper working in the area east of Ashville spotted the reported stolen vehicle traveling westbound on SR-752 near Walnut Creek Pike. The suspect saw the trooper turning around, and picked up speed continuing westbound on SR-752. By the time the trooper caught up the vehicle, the suspect had crashed into the entry of the Ashton Woods subdivision. Both the male driver and his female passenger were seen running from the vehicle. Two off-duty police officers attending a 4 th of July cookout detained both suspects, and they were taken into custody by the trooper as he arrived on scene.

The Circleville Post was also assisted by the Ashville Police Department during this incident.

Update: A reader submitted photos of the vehicle in the wreck, as well as the damage done to the landscaping. 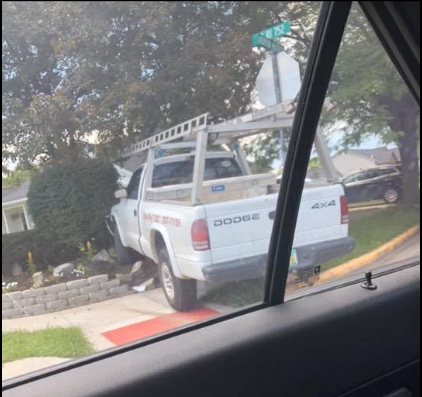