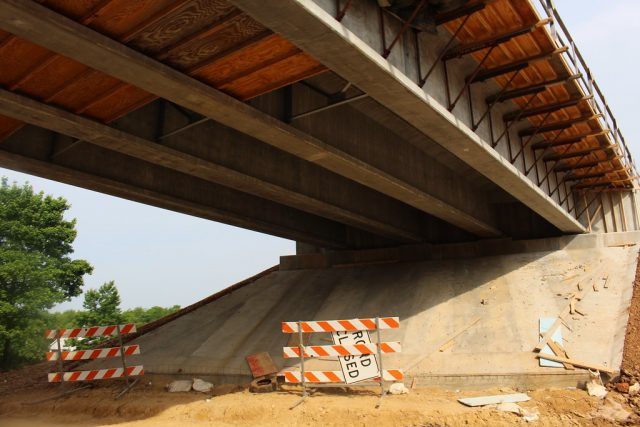 CIRCLEVILLE – Circleville Mayor said one of his goals as mayor has been to get a grade separation within Circleville to take care of the constant railroad issues that plague the town.

During Tuesday night’s council meeting Mcllroy said that he contacts Norfolk Southern Weekly with complaints, but not much is done from the railroad company. That’s why a grade separation is being proposed to ease the burden of railroad blockages.

“The city of Circleville has seen a dramatic increase in the number of trains from the NS international yard over the past few years, now more than 40 a day pass through the city,” said the Mayor, “the breakdown or derailment of a train could cause a complete blockage of police, fire, and EMS to half of the city. Because of this American Structure point was tasked in looking for alternatives for a grade separation crossing within or near corporation limits.”

These options are the ones that the company said are most viable, but these are not the only options. The Mayor said that public input would be crucial in moving forward with any plan. These are the three options that were presented.

Court Street: This location was the most preferred crossing due to the location of fire, police, and services. The area carries the most traffic per day than any other street in the area. The court street option out of the three is the most expensive though, at 11.5 Million dollars, requiring the demolition of 11 buildings 9 residential and 2 commercial. Edison Avenue intersection would be eliminated. The road would be four-lane and give the most relief.

Washington Street: This location close to Court street would be the cheapest option for the city at 8.4 Million dollars and it would use some blighted property in an S-curve bridge. This location would only require the removal of 3 homes on the west side of Washington Street between the railroad tracks and Ohio Street. A cul-da-sac would be planned for this location to maintain several homes but if it is not feasible 5 more homes would have to be removed.

Crites Road: This location would be the most out of the way for Circleville, extending the Crites road past Pickaway Parkway to Kingston Pike. This would cost 9.3 million and would be the least impactful to properties requiring no building to be demolished. Traffic benefits would not be as good as the other two options. This is also not as good of an option for Fire, Police, and EMS during an emergency. Crites would also have an economic impact expanding possibilities of development in that area.

“Saftey is not the only consideration for this very expensive project,” said Barry Keller, “We need to define other reasons because we could build a fire station in the South End for cheaper.”

Mayor Mcllory said that funding would possibly come from grants from federal funds and state funds. Circleville could be a good candidate due to the safety aspect.

These options are not the only ideas, just a starting point according to the Mayor and Council. Any community input on options will be recognized.

Construction would take around two years to complete closing off traffic to the area.