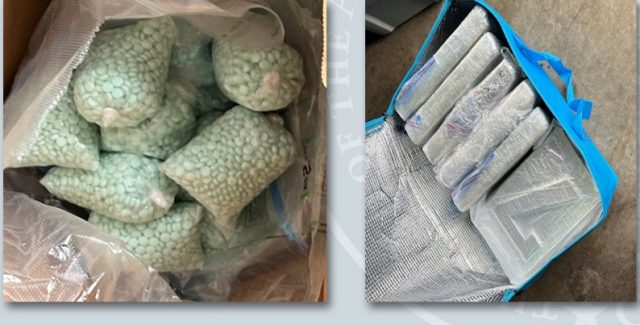 The Central Ohio Major Drug Interdiction/HIDTA Task Force, formed under the AG’s Ohio Organized Crime Investigations Commission and led by the Columbus Division of Police, completed a drug interdiction earlier this week that yielded narcotics with an estimated street value of over $2 million.

“This case is proof positive of why we need a stronger southern border that restrains evil – drug traffickers are bringing their poison right to our doorsteps and into our communities,” Yost said.

Three people were arrested and charged with trafficking in drugs, a first-degree felony:

The bust culminates the task force’s investigation, which determined that the suspects were receiving large quantities of narcotics, including fentanyl and cocaine, and distributing it through central Ohio and surrounding areas.

This is the latest success by the task force as they work to combat the opioid epidemic.