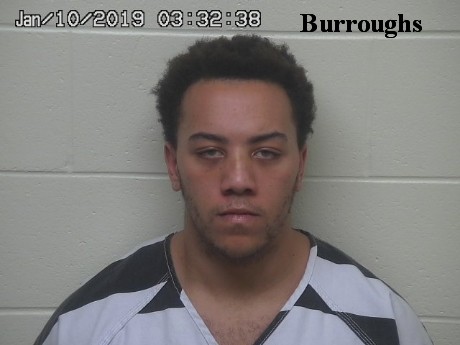 Scioto County –   911 communication center received a panic alarm at 2:30 am from the Minford Kwik Stop located at 8420 State Route 335, Minford Ohio, of a robbery in progress.

According to Cpatina John Murphy of Scioto County Sheriffs office, deputies were immediately dispatched to this location, while enroute the 911 dispatcher was able to obtain information that the store had just been robbed at gunpoint. The suspect one African American male had entered the store wearing a red hoodie and a black ski mask brandishing an automatic weapon demanding cash and cigarettes. The male was seen leaving on foot headed towards hometown pizza.

The Deputies quick response time resulted in one of the suspects being located during a traffic stop in the Minford area. Deputies assisted by troopers from the Ohio State Highway Patrol Post 73 continued patrolling the area, while putting out a BOLO to other law enforcement agencies of an additional vehicle involved in the armed robbery. A trooper from the Ohio State Highway Patrol Post 71 out of Chillicothe Ohio observed a vehicle matching the description from the robbery traveling north bound on US 23 inside of Ross County and was able to make a traffic stop and detained 2 adult males and two juveniles.

A detective responded to the scene of the robbery before proceeding to Ross County for further investigation which resulted in two adult males and two juveniles being charged. Two firearms to include the one used in the robbery along with cash and cigarettes were located inside of this vehicle. Deputies and the detective picked up an additional person of interest from the Lucasville area and took him to the Scioto County Sheriff’s Office for questioning. After the interview that person was also charged in connection to the armed robbery. 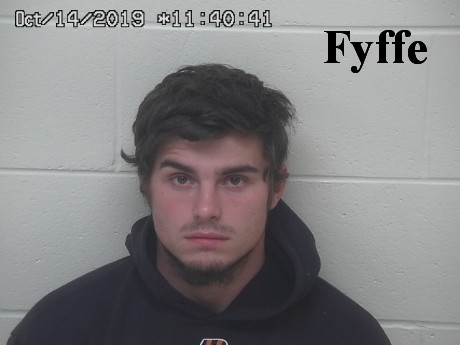 Captain John W. Murphy stated that the quick arrest and recovery of property was the direct result of the 911 dispatcher, deputies, detective and the Ohio State Highway Patrol Post 73 and Post 71 who all assisted in this investigation.

Captain John W. Murphy stated this is still an ongoing investigation that could result in additional charges being presented to the Scioto County Grand Jury on a later date. Anyone with information should contact Detective Jodi Conkel @ 740-351-1091.