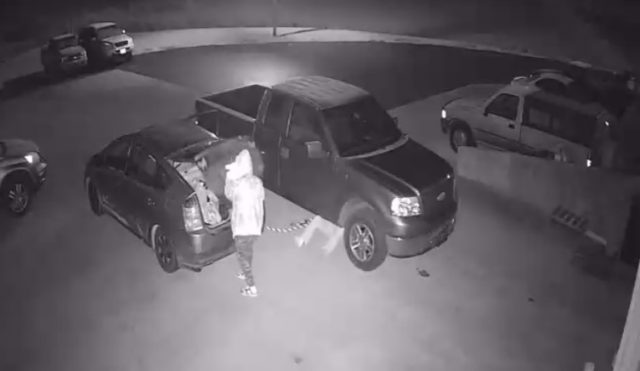 ROSS – A Ross County business owner caught a couple stealing catalytic converters from his property not once but twice, then they found the car crashed less than 24 hours later.

According to the business owner at approximately 1:30 am Dec. 23, 2021, two individuals came to his business at 18820 US Rt. 50 with a Toyota Prius and removed three catalytic converters from vehicles. This was all caught on the business owner’s camera, and even though he wasn’t able to get a license plate number he was able to get some unique identifying characteristics of the vehicle, medium grey in color, and two distinct butterfly stickers on the back of the car.

Just over 12 hours later the same Prius came into his driveway again, possibly looking to steal more items but the business owner was able to scare them off but wasn’t in time to get the license plate number.

After his posts of the videos were seen locally, a friend sent him photos of the same Toyota crashed in Huntington Township hills location. No information at this time of the suspects driving the car or if anyone has been arrested for the crimes or the crash.

Ross County sheriff is currently investigating this crime and the crash