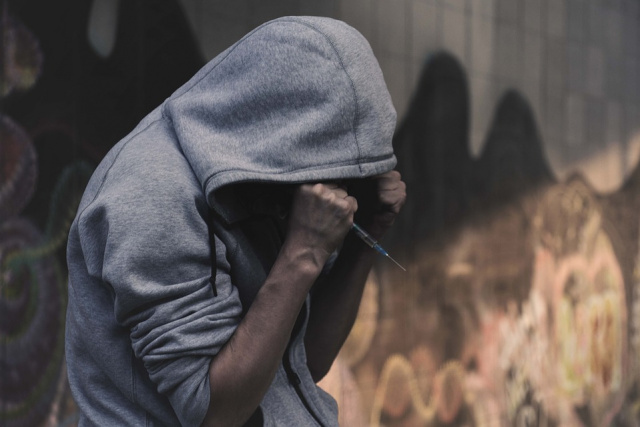 By: Tara Schlichter (Part 1 of 5 on ‘Recovering Warriors’)

You can ask just about anyone in Pickaway county what they feel is the most threatening issue our citizens are currently facing, and if the response doesn’t happen to be “employment”, it is certain to be the drug epidemic. It is a widely worrisome, and heatedly debated problem rampant in our quiet, small town areas.

Breaching the topic on social media has divisive results. There is no shortage of opinions on how to respond to this crisis, and quite an array of theories on just how we should handle the addicted. Despite conflicting perceptions, nearly everyone agrees: the substance abuse statistics are far less than ideal, and someone needs to do something. But who? And what, exactly?

I myself tend to carry an unbiased though fairly ignorant view on the matter. However, it occurred to me that there is a largely silent but highly powerful group in the midst of the voices demanding this or that be done about drug use: recovered addicts. No one has deeper insight into our problem or more to offer in terms of shedding light on its origin than someone who has been through and come out on the other side. So why aren’t we making it a priority to seek out what they have to say?

I decided to do just that.

I wrote out a questionnaire in trying to better understand the why, the how, the struggle, the overcome, and the insight of a person who is recovered from addiction. I reached out to find anyone local who would possibly be willing to speak their story to me, with all its pain, frustration, and ultimately triumph.

I was humbled that six individuals were willing to answer all of my questions.
I have decided to break my interview into 5 portions to include all answers; every response has value and I do not want to edit out any point of view.

My very first impression going into this process was surprise at how easy it was to locate a recovered addict and wonder at how willing these courageous victors were to share their experiences. My hope is that we will be willing to listen and learn from their battle.

At what age did you first have an illegally used substance?

What substance(s) were you addicted to / Did you use?

What thoughts or circumstances convinced you to try the drug(s)? What did you tell yourself would happen?

When and how did you realize you had become an addict?

What did it feel like to realize you were an addict?

Reviewing the responses, there are some major trends that present themselves. One, the age frame of these randomly selected interviewees is fairly close; ALL six responders fell into addiction before age 20. That means young adults, especially those 16-19, are largely targets for drug abuse. We can also see danger from prescription represented, as well as an attempt to self-medicate. None the less, peer pressure remained at the top of contributing factors. In all instances, the idea that addiction “won’t happen to me” was entirely necessary to the introduction to substance abuse.

None the less, peer pressure remained at the top of contributing factors. In all instances, the idea that addiction “won’t happen to me” was entirely necessary to the introduction to substance abuse.

This concept will absolutely have to be exposed for the myth it is to change the direction of the rapidly growing statistics.

It is also apparent, that after what may have even been a foolish decision to just “try and see”, the stronghold becomes nearly iron clad at best, rapidly; and at worst, instantly. One ill decision, and the luxury to make decisions vanishes. That is the intense grip of addiction.