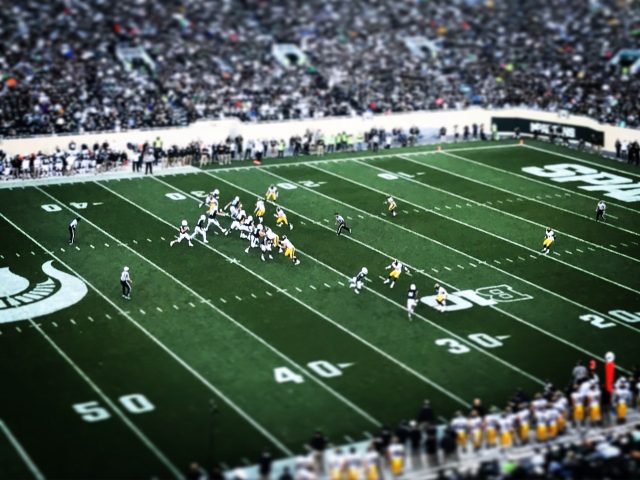 As one of the few states with more than one NFL team, Football has a long history in Ohio

The major American Sports have a very different make-up compared to many of the popular games played overseas. This is partly due to the huge size of the United States – a major league such as the NFL would be heavily overcrowded if every major city in the country was to participate. Today’s NFL consists of 32 teams, yet only 22 of the 50 states currently have a team participating.

Before the NFL – The Ohio League

Before then, the state of Ohio hosted it’s own Football League with 23 teams mostly based around Ohio state. The Ohio League was much more informal, and more of a loose association of clubs than what we would drecognize as a major National sports league today.

The teams competing in the Ohio League would compete for the Ohio Independent Championship, and many of the competing teams were happy with the status quo. For this reason, there was resistance to earlier attempts to form a National league. One notable example of this was the proposal to add teams from outside of Ohio to form a “Football Association” in 1904.

Several teams were worried – justifiably, it would later transpire – that a Nationall league would see them ejected from the top flight of the competition. This is indeed what would come to pass, as the Ohio League evolved into the modern NFL. By the end of the 1926 season only one of the original Ohio League teams, the Dayton Triangles, were still participating. The Triangles clung on until 1929, which was the final year that an Ohio League team competed in the NFL.

The Modern Day – The Cleveland Browns & The Cincinatti Bengals

The number of options from the NFL Betting sections of the biggest bookmakers on the market clearly shows that Football remains extremely popular especially in the Ohio State. This is perhaps unsurprising, considering it was the birthplace of the modern NFL, but what is more striking is the disparity between it’s current two NFL teams.

Citizens of Ohio place many more bets on the older of the two teams, the Cleveland Browns, than they do on the Cincinatti Bengals. That doesn’t mean that the Bengals are an unpopular team, however – in neighbouring Kentucky, the Bengals much more popular than the Browns. Again, this seems logical given the relatively short distance of under a hundred miles between Kentucky’s largest city of Louisville and Cincinatti, and the fact that Kentucky does not boast an NFL team of its own.

By coincidence, this years NFL draft happened to take place in Cleveland between the 29th of April and 1st of May this year. The Cleveland Browns picked up Greg Newsome for their first pick, a heavyweight cornerback who put on an impressive performance during the 2020 season. Alongside Jeremiah Owusu-Koramoah, Anthony Schwartz and James Hudson, the Browns will be hoping that Newsome will contribute towards further improvement next season.

Last year was the first time in over a decade that the Browns had even secured a place in the playoffs. That doesn’t seem like a great run for a team who were formed in 1946, then went on to play and win their very first NFL season just four years later.

Fans of the Browns will be hoping to see them put up a strong showing against the Jaguars in their first preseason game on the 15th of August. Could we see a return to the glory days of old? The draft has given many fans hope, but there is a long way to go and it remains to be seen how the new makeup of the team will perform.