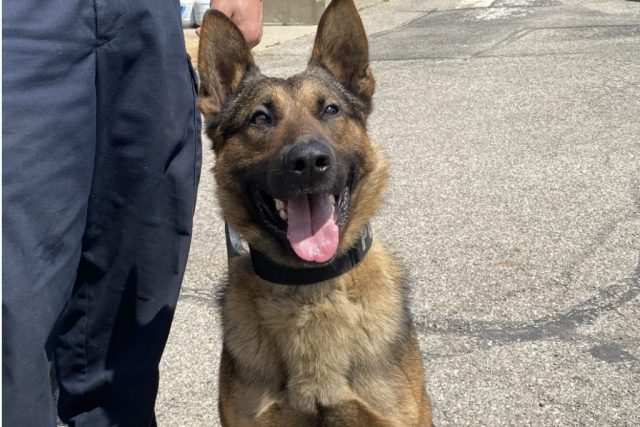 CIRCLEVILLE – K9 Serg will be back on the street starting next week, he will have a new handler and another k9 partner.

Chief Baer reported in February two Circleville K9 handlers will have gone through training and will be reporting for duty to handle any work they are needed for.

“The second canine, that came through with grant money that we had worked on for a couple of years, said Chief Baer,” he has also will finish his training at the same time and Serg. So as of next week, you’ll see Serg come back to the street and you’ll see the new canine that will assist him in the street also.

So they’ll make a huge difference. on our, on our ability to enforce drug laws, the canines are a tool that you don’t realize how good of a tool you have until you don’t have one. I will say that during the time we haven’t had the canine, the sheriff’s department supplemented us and did a great job, and we appreciate that.

K9 Serg was brought into the department in March of 2020 and most K9 officers serve around 5-7 years before retirement. Sergs handler Officer Eberhard died last year tragically.

Baer told Sciotopost that Surg was retrained easily because he knew his new partner who was a close co-worker of Officer Eberhard.