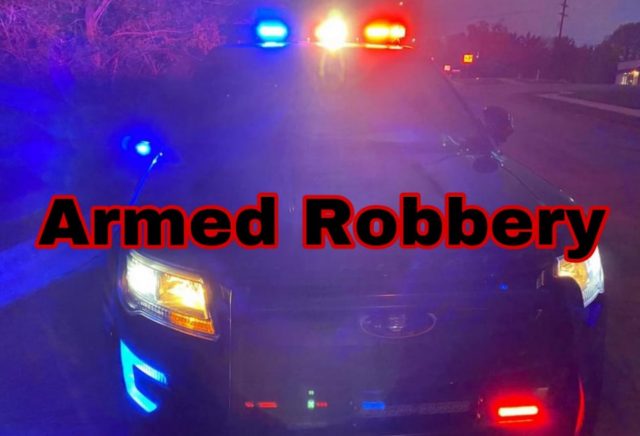 Mt. Sterling – Police are reporting an armed robbery that occurred within the village this morning.

According to witnesses, two men came into One stop on 35 West Columbus Street at 3:28 am on Thanksgiving armed with a gun and demanded money. The cashier complied with orders and cash was given. The two suspected left and may have committed another crime a county over.

According to Fairfield County Sheriff’s department on November 25 at 5:15 am, 2 an unknown male in a red hoodie pointed a firearm at the clerk and demanded money.

The clerk was ordered to her knees and both unknown males went behind the counter and began to steal merchandise and money. Upon the males leaving they stole the clerk’s purse which had her car keys in it. The males exited the business and stole the clerk’s vehicle. The License plate on the stolen vehicle is “LOLA97”. If anyone has information on these two men please contact the Fairfield or Madison sheriff’s office.