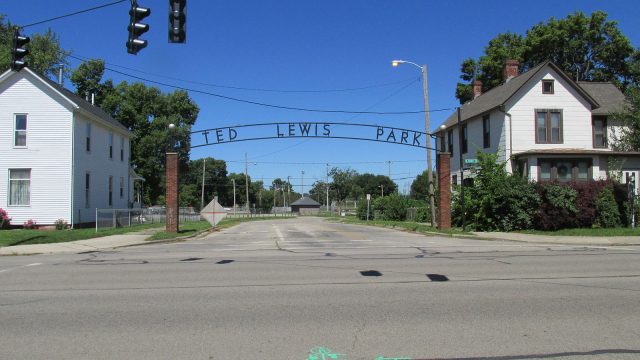 CIRCLEVILLE – Ted Lewis Park is on the fast track now to get finished but it will cost Circleville a lot more because of construction costs.

Plans for Ted Lewis have been in the works since around 2015, and construction has been slow since 2017. Original estimates were around 1.5 million but new estimates are around 900,000 more.

According to the City of Circleville, construction costs have gone dramatically up in the last few years some construction materials have gone up 30-40%, along with supply chain issues costs are just higher than anticipated.

Earlier this year we wrote a story on what has fast-tracked the construction to finish in 2023 when the current funding would have pushed it out for many more years.

Circleville’s Ted Lewis has been in construction now for several years, slowly moving forward due to the limitation on yearly funding from a levy passed a few years ago. That’s when Councilman Todd Brady pushed for funding sooner to finish the park quicker.

Councilman Brady says that most of the reason for the slow progress on Ted Lewis has to do with the funding. The Levy creates around 100,000 dollars a year so Ted Lewis park is set to build in phases keeping within that budget. The issue has been slowing down construction.

Todd Brady approached Circleville city auditor Gayle Spangler in 2020 about a possible loan, and that’s when Spangler suggested borrowing a note and then when the project is done to roll the cost into a 20-year debt. Interest on this type of way to borrow money would be low at around .5%, but according to Brady.

Brady says that he has experience with construction and engineering and he knows that costs for construction will go up and the percentage rate of this loan won’t be low forever. He believes that Circleville would save money by going this route, and we could finish Ted Lewis in less time. To him, it was a win-win.

After the council passed the ordinance to get the note that geared up construction to Ted Lewis and are expected to complete some parts by October of 2022 and finish completely by 2023.

A splash pad much like the Mary Virginia Park is planned to be done by the end of the year as one of the amenities, also a playground, and a possible zip line. Watch below as the city of Circleville administration talks about it.