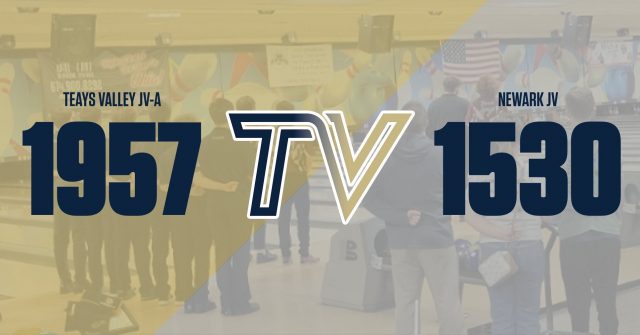 COLUMBUS – The Vikings Bowling team defeated Newark for another OCC-Buckeye victory on Tuesday at Wayne Webb’s Columbus Bowl. Johnny Van Hessen from Newark was the match medalist with a 453 series.

The Vikings started off the match with a strong 998 team game, then hit their stride with a 1032 in Game 2.

In the first Baker game, the team shot a 176, but made the proper adjustments to shoot an incredible 256 in Game 2.

Freshman Sam Rodgers, who has been dominating at the JV level, made his first career varsity start. In Rodgers’ first start, he did not disappoint with a 375 series.

The Vikings have time to rest before returning to the lanes on Monday, January 23 against the undefeated Hamilton Township Rangers. The Rangers and Vikings are currently MSL-Buckeye foes, but enjoy their friendly atmosphere between the two teams. The match will begin at 4 PM.

The Lady Vikings fell to an incredibly strong Newark team on Tuesday. Jade Gabor from Newark was the match medalist with a 386 series. Loralai Kinzy led the Lady Vikings with a 332 series.

The Wildcats took a quick lead in game 1, outshooting the Vikings 850-646. The Lady Vikings were unable to overcome the deficit, shooting a 613 in Game 2.

The Lady Vikings have some time between matches to regroup and prepare. The Lady Vikings return to the lanes in MSL-Buckeye action on Monday against Hamilton Township. The match will begin at 4:00 PM at Wayne Webb’s Columbus Bowl.

The Vikings JV continued their winning ways on Tuesday. Braden Feasel used his personal-best 214 and a 212 to shoot a 426 series and win match medalist.

Sam Thompson shot his personal-best 198 to help lead the Vikings to victory.

The Vikings JV returns to action on Monday against Hamilton Township. Action will begin at 4:00 PM at Wayne Webb’s Columbus Bowl.

The Lady Vikings JV played a tough match on Tuesday, falling to the Newark Wildcats. Lainee Erlenbach from Newark was the match medalist with a 246 series.

Abby Perdew continued to play strong with a 105 in both of her games. Abby has played well lately, and has shown tremendous improvement in her game.

The Lady Vikings JV have had a small amount of opportunities, but have done a tremendous job improving their fundamentals. The ladies should be commended for their hard work this season.

The Lady Vikings return to action on Monday against Hamilton Township.