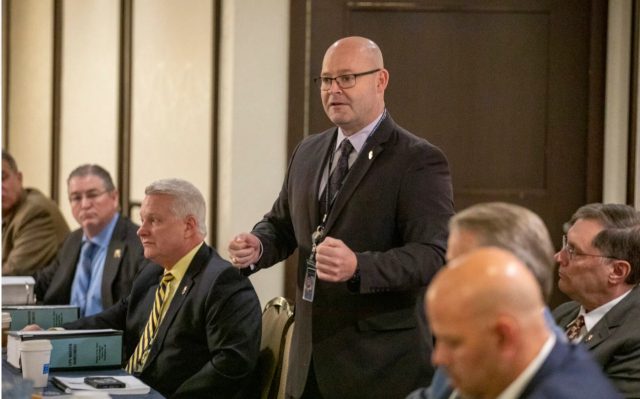 US – 350,000 UPS employees have drawn a line in the sand for a timeline of contract negotiations with UPS.

Teamsters General President Sean O’Brien and General Secretary-Treasurer Fred Zuckerman convened a meeting of what is known as the UPS National Screening Committee on Thursday.

Contracts for UPS run usually for 5 years, and the recent contract is set to expire on July 31, 2023. Union negotiators have reported that they will strike on August 1, 2023, if a contract is not agreed upon.

“We’re going into these negotiations with a clear message to UPS that we’re not going past August 1,” O’Brien said in his remarks to the committee. “We have to deal with 22.4s, PVDs, subcontracting, part-time wages and other issues that we’re taking a hard line on with the company,” O Brian said in a press release.

O’Brian said that he will take a hard line in UPS expanding its use of full-time personal vehicle drivers who deliver packages in their own vehicles and get reimbursed by the company on a per-mile basis. Also dealing with 22.4 drivers who are paid less than full-time drivers who work different shifts than standard drivers, along with subcontracting and part-time wages.

The committee is meeting all day today and tomorrow. Supplemental committees will review supplemental proposals separately in preparation for supplemental negotiations which begin in February