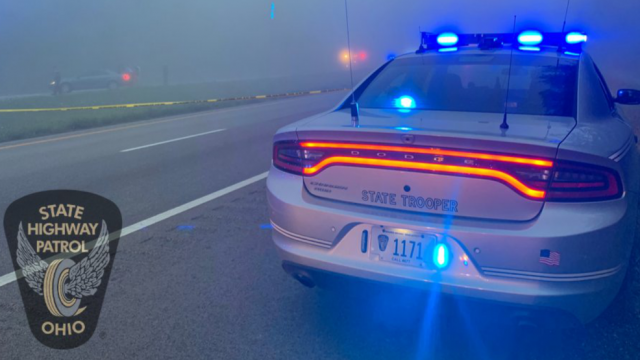 LOUNDONVILLE – A man was charged with fleeing police after a high-speed chase ended with the suspect vehicle crashing into a school.

According to Ohio State Highway Patrol on Sunday, December 26th, 2021, the Mansfield Highway Patrol Post received a phone call about a vehicle driving recklessly on IR-71, northbound, near mile post 151.

At approximately 0333 hours, the vehicle was identified and a traffic stop was initiated by a Mansfield Highway Patrol Trooper on IR-71 northbound, near mile post 175. The vehicle, driven by Eduardo Albert Osorio-Samperio, 25, of Maple Heights, Ohio pulled over towards the right berm and stopped, partially in the right lane. As the Trooper began to approach the vehicle, the driver fled and a pursuit ensued.

The vehicle, a blue 2011 Dodge Ram pick-up truck, exited IR-71 north and continued on to US 30 east at a high rate of speed. The vehicle eventually exited on to SR 60 south and continued to drive into the Village of Loudonville. Mr. Osorio-Samperio continued on S. Union Street where he crossed over E. Bustle Street, failed to maintain control and struck the McMullen Elementary School.

Mr. Osorio-Samperio was treated at the scene by the Loudonville EMS and was transported to the Mansfield Ohio Health Medical Center with non-life threatening injuries.

The driver was not wearing his safety belt and alcohol appears to be a factor in the crash.