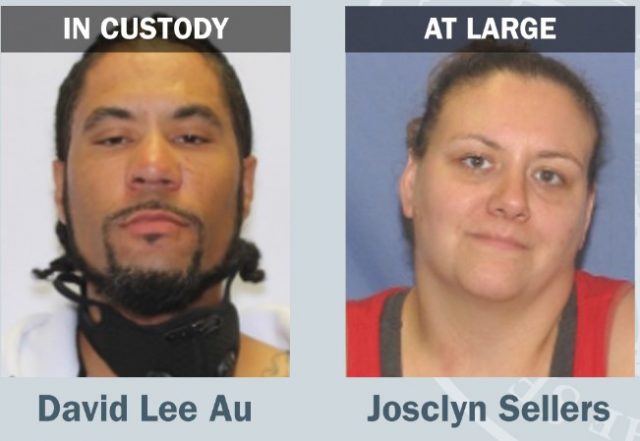 The Central Ohio Human Trafficking Task Force is asking for the public’s assistance to locate an indicted suspect following the arrest of her co-defendant.

Au was taken into custody yesterday by the Franklin County Sheriff’s Office and the Columbus Division of Police.

She has not been taken into custody. Anyone with information about Sellers’ whereabouts should contact the Columbus Police.

Anyone with additional information regarding this investigation or knowledge of additional victims of human trafficking is encouraged to contact the Ohio Bureau of Criminal Investigations at 855-BCI-OHIO (855-224-6336) or the National Human Trafficking Hotline at 888-3737-888 and request to be connected with a member of the Central Ohio Human Trafficking Task Force.

Indictments are criminal allegations. Defendants are presumed innocent unless proved guilty in a court of law.