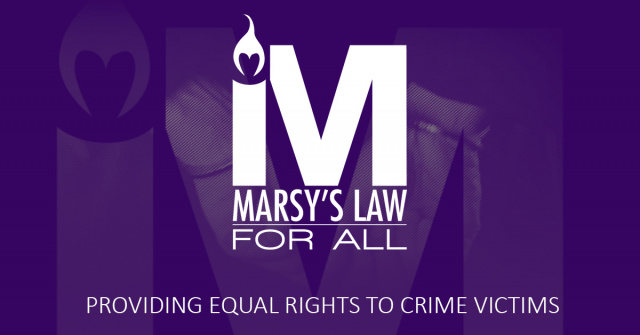 State Issues shape the way that Ohioans live, work, and enjoy life. Every year, new items are on the ballots and are up to you, the voter, to approve or reject.

A “YES” vote supports this measure to repeal Section 10a of Article I of the Ohio Constitution, a section addressing the rights of crime victims, and replace the section with a Marsy’s Law.

A “NO” vote opposes this measure to repeal Section 10a of Article I of the Ohio Constitution, a section addressing the rights of crime victims, and replace the section with a Marsy’s Law.

Ballot title and language at the polls

Issue 1
Proposed Constitutional Amendment
Proposed by Initiative Petition
To repeal and replace the existing language in Section 10a of Article I of the Constitution of the State of Ohio
A majority yes vote is necessary for the amendment to pass.
The proposed amendment would expand the rights of victims under the current Section 10a and require that the rights of victims be protected as vigorously as the rights of the accused. More specifically, for the purpose of ensuring due process, respect, fairness, and justice for crime victims and their families in the criminal and juvenile justice systems, the amendment would provide victims with:

The proposed amendment would not establish a cause of action for damages or compensation against the state or any political subdivision.

If approved, the amendment will be effective 90 days after the election.

For and Against arguments:

Attorney General Mike DeWine is the co-chair of the Marsy’s Law for Ohio campaign, and has the endorsement of the Buckeye State Sheriff’s Association.

The official argument for is as follows:

“A YES vote on Issue 1, the Equal Rights for Crime Victims amendment, commonly known as Marsy’s Law, will ensure that the rights of crime victims are protected in Ohio’s Constitution.

YES ON ISSUE ONE MEANS CRIME VICTIMS WILL FINALLY HAVE EQUAL RIGHTS: Issue One places in the state constitution much-needed protections for crime victims and their families.

YES on Issue 1 strengthens Ohio’s existing laws that have failed to fully protect the rights of crime victims.

Issue One is supported by both Democrats and Republicans including more than 275 lawmakers, local elected officials, prosecutors, law-enforcement officers and crime victim advocates in Ohio.

A YES vote for Issue One brings dignity, respect and justice for crime victims to Ohio’s criminal justice system.

A YES vote for Issue One guarantees that crime victims and their families have a voice in Ohio’s criminal justice system.

Catherine Harper Lee, executive director of the Ohio Crime Victim Justice Center, stated, “Marsy’s Law will ensure crime victims receive equal protections and equal access to justice. Far too many crime victims have been denied their most basic rights. Marsy’s Law corrects this injustice by informing crime victims of their rights, the status of their cases and (to) receive notice of hearings that can impact their safety.

Attorney General Mike DeWine (R), co-chair of the support campaign, said, “I think this is the natural next extension of victims’ rights. It seems the right thing to do to engrave it in our constitution. … Most prosecutors are doing everything that will be required by Marsy’s Law, but it make [sic] these things a matter of right, not discretionary.”

The proposal is named after Marsy Nicholas, a California woman who was stalked and killed by her ex-boyfriend. The campaign is funded almost entirely by Dr. Henry T. Nicholas, the victim’s brother.

The American Civil Liberties Union (ACLU) is the primary non-profit opposition to the bill, as well as state legal defenders, including State Public Defender Tim Young, who wrote the official argument against the bill.

The official argument against is stated as thus:

Ohio law affords victims extensive rights. Issue 1, known as Marsy’s Law, originated in California. One week after a young woman was killed, her mother was confronted by the accused murderer in a store. She didn’t know he’d been released on bail. Ohio does not have this problem. Ohio law requires prosecutors to notify victims when a defendant is arrested or eligible for pretrial release. In 1998, Ohio implemented one of the nation’s first automated victim notification systems, which offers victims information 24 hours a day, 365 days a year.

Ohio law requires prosecutors to protect the rights of victims. If a crime victim is not receiving the assistance they are entitled to by law, Ohio should provide additional resources and training toward victim’s services, not amend our state constitution. Issue 1 does not provide additional resources and the government remains immune to liability. When a victim isn’t notified about a court hearing, a plea bargain, or offender’s release – the victim should have recourse against the government – which is not provided under Issue 1. The problem in Ohio is not the absence of victims’ rights, but the lack of a remedy when the government fails to carry out duties owed to victims.

Issue 1 amends Ohio’s constitution to give victims the right to refuse to turn over potential evidence and to petition the court of appeals. Issue 1 conflicts with essential guarantees in the Bill of Rights, including double jeopardy, confrontation, and speedy trial – rights fundamental to our Founders. This amendment will result in increased litigation, increased costs to taxpayers, and will delay cases, only hurting victims. This amendment is wrong for Ohio.

Information obtained from Ballotpedia, and title picture courtesy of Marsyslaw.us

What are your thoughts on the bill? Let us know in the comments or online at our Facebook page!