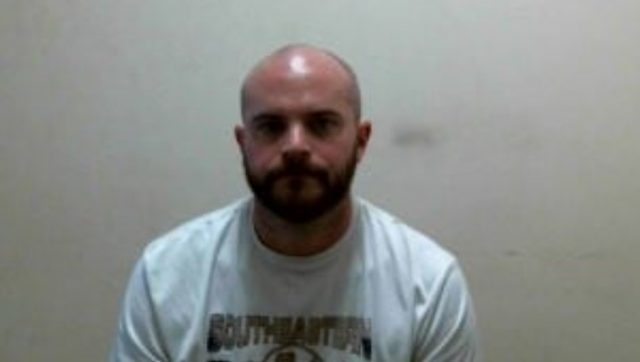 SHERIFF JAMES E. NELSON reports that on Wednesday October 7th, 2020, Corp. R Cottrill arrested 32 year old David E. Smith of Fish and Game Road and charged him with Felony-1 Rape, Felony-5 Illegal use of a minor or impaired person in nudity-oriented material, Felony- 4 Gross Sexual Imposition, Felony-4 Pandering Obscenity Involving a Minor, and Felony-2 Endangering Children. Smith stood before Judge Paul Price this morning and received a bond of $140,000 with a 10% provision.
The investigation into Smith began when Cpl. Cottrill was called to a location in reference to a sexual assault of a juvenile. Cpl. Cottrill made contact with the juvenile victim who advised that Smith has been sexually assaulting her since she was 14 years of age. With the help of Pike County Children Services the victim is out of the home and safe. During a forensic interview conducted at the Child Protection Center, the victim provided essential details that have been crucial in the investigation which has ultimately led to the arrest and felony charges against Smith. The investigation is ongoing and Cpl. R Cottrill will present the case to the next term of the Pike County Grand Jury October 16th.