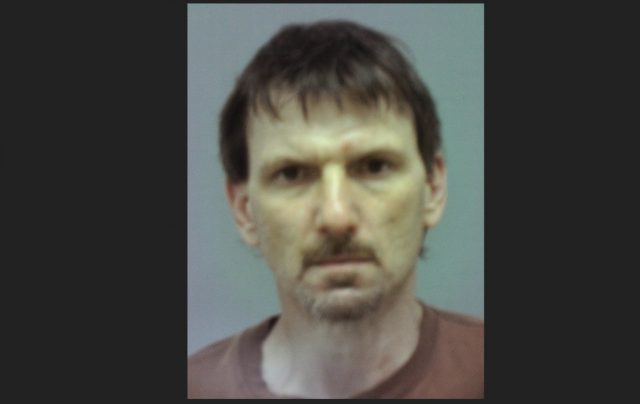 On Thursday, October 8, 2020, around 10pm, a McArthur Police Officer noticed an individual inside Family Dollar who had an active warrant out of the Vinton County Sheriff’s Office for Trafficking in Drugs (No Bond) and Violating a Protection Order ($15, 025 cash/surety). The Officer was struck in the mouth several times by the individual while trying to make the arrest. The individual, Keith E. Burris age 41 of McArthur, then fled the area and disappeared. Vinton County Sheriff’s Office Deputies Danny Carroll and Patrick Hill went to an address on Catherine Drive and spoke with Burris’s mother, who stated they had not seen him. Deputies searched the property after receiving permission and did not find Burris. While searching the back yard, Deputies noticed a path that went into the woods. Deputies found Burris hiding down the path. Deputies were able to apprehend Burris after a short foot chase.


Burris was taken to the South Eastern Ohio Regional Jail on the active warrants for Trafficking in Drugs and Violation of a Protection Order. Charges of Assault on a Police Officer and Escape are expected to be filed at a later date.