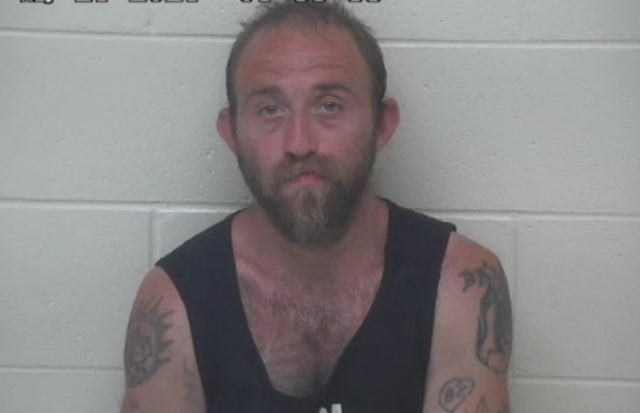 SCIOTO COUNTY – A man was caught red-handed breaking into a Lucasville Ohio Dollar General when he failed to break in without alarms going off.

According to the Scioto County Sheriff Department on July 17, 2021, at 4:26 am his Office received multiple alarm drops from the Dollar General Store located at 10073 US 23, Lucasville Ohio.

Deputies were dispatched to this location and upon their arrival, a male subject was observed running on foot away from the store. Deputy Brian Nolen began patrolling the area where the male was last seen. Deputy Nolen was able to locate the suspect running and he was able to detain the suspect without incident.

Sheriff David Thoroughman stated that once the suspect was secured in the cruiser, deputies were able to search the building. Deputies determined that entry was gained by breaking a window out, using a ballast.

Through their investigation; deputies were able to determine that the suspect had stolen $469.16 of merchandise from inside the store once he gained entry. Arrested was Brandon Crabtree, age 27, of 471 Conley Road McDermott Ohio. Crabtree has been charged with one count of breaking and entering, a felony of the 5th degree, and possession of criminal tools, a felony of the 5th degree.