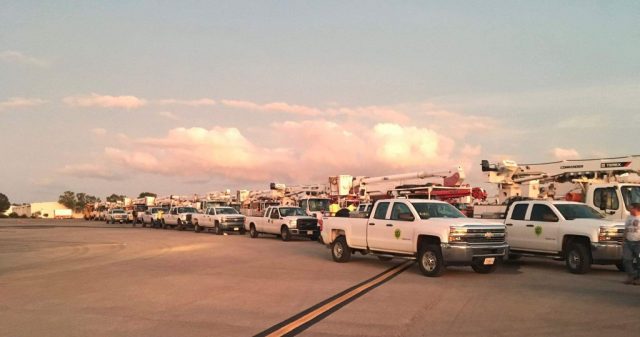 Staff from the electric cooperative’s existing offices in Lancaster, Canal Winchester and Circleville will relocate to the new facility, creating a combined workforce of around 180. The facility will be located at the intersection of Mill Park Drive and Dave Johns Avenue, close to the intersection of U.S. Hwy. 33 and S.R. 188.

“Our staff and trustees studied our facility needs for approximately 30 months, and we determined that the best way to create long-term cost savings while providing outstanding service is to consolidate,” said Rick Lemonds, President & CEO of South Central Power. “We project that by combining our three central Ohio offices into a single, energy efficient building, we will lower maintenance expenses, office expenses and other costs, resulting in a building that pays for itself over time.”

“We are excited to welcome South Central Power Company’s new headquarters to the City of Lancaster,” said Lancaster Mayor David Scheffler. “South Central has been a part of the Lancaster community and central Ohio for more than 80 years, and we are glad they recognize the advantages of the Rock Mill Industrial Park as they begin a new chapter in their history.”

South Central Power is evaluating firms to assist with the architecture, design and construction of its new headquarters facility, and is committed to using local workers and trades once the project enters the construction phase. A groundbreaking ceremony will be scheduled following the selection of a contractor.