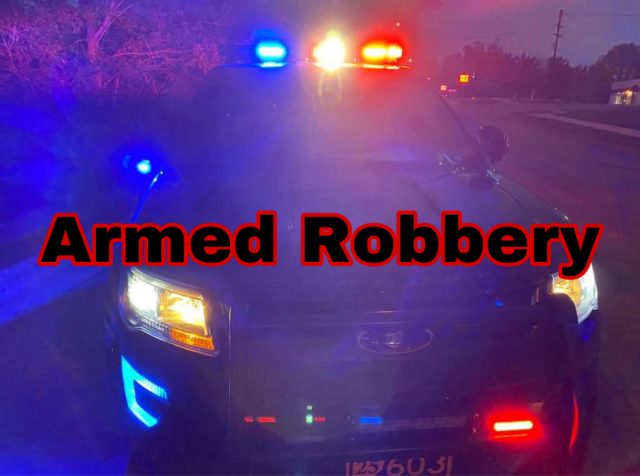 According to the South Bloomfield Police department around 4:21 pm, a witness observed a man in the alley armed with a weapon behind the Sunoco gas station pull a mask over his face and enter the business. The witness called the police immediately and the South Bloomfield Chief of Police who was close to the area responded. Chief McCoy knowing the possibility of a dangerous situation called Pickaway’s sheriffs office for back up he rushed to the scene.

Jared Woltz, 30 was charged with aggravated robbery a felony, and two counts of kidnapping also felonies. He was transported to Pickaway County Jail where he is being held on a 250,000 dollar bond. All three charges can have sentences up to 20 years in prison each.

South Bloomfield police were able to find the robbery weapon a large straight knife, the mask, and the suspect’s clothing that consisted of 2 grey sweatshirts, pair of black jogging pants, black gloves, a white hat, a pair of sunglasses, and a bag full of money.