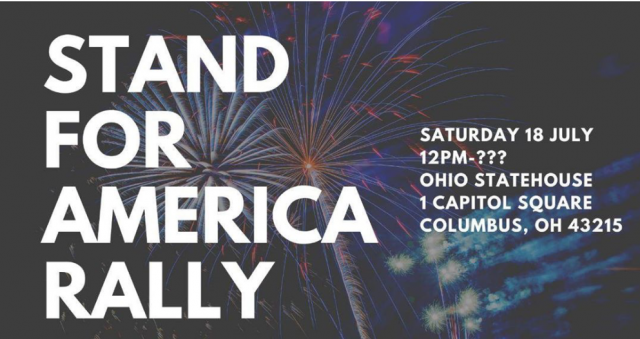 COLUMBUS – A back the blue pro law enforcement community is asking for a nationwide protest rally showing a “Silent Majority” that stands behind law enforcement.

“What if…
…we stood united on a nationwide scale, simultaneously – all at the same time?
What if in hundreds or even thousands of people in all 50 states rallied together in their cities/towns at the steps of city hall or their local police department/sheriff’s office on the same day, at the same time,” said Megan Pacha on the Nationwide group.

The group Bridge the Blue is a non-profit based in Spring, Tx that mission is to Be Vocal,
Defend Truth, Stand United, and to Make America Safe Again.

The group stays it stands for the rights of all Americans, and stands against, “racism and the terrorist organizations that use the color of our skin to divide us, spread hate and cause civil unrest. ALL LIFE IS HELD PRECIOUS by Americans.”

They also mention Police Brutality, “WE STAND AGAINST police brutality, those who’s actions prove they are unfit to wear the badge and those within government who refuse to prosecute police or any other government employee who abuse their power.”

The rally is set for Saturday Jul7 18th at the Ohio State House at 1 Capitol Square dr. Columbus Ohio 43215