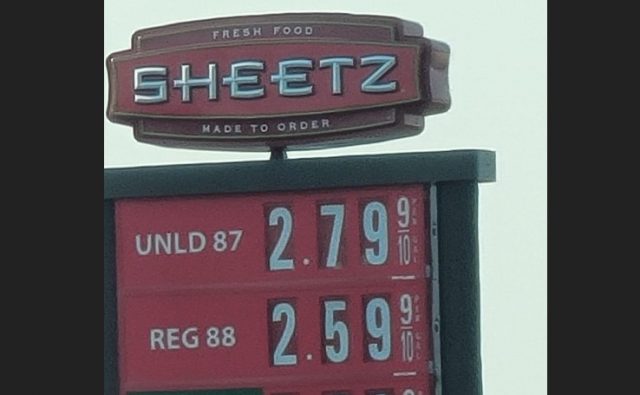 CIRCLEVILLE – Sheetz is now open in town, and they offering something to the area that most gasoline companies do not Regular 88 fuel. The Fuel cheaper than your standard low-grade fuel, but you should only use it with caution.

Regular 88 fuel otherwise known as E15 or Unleaded 88 was introduced as a cheaper alternative to regular gas. If you pull up to Sheetz pumps you will see an ethanol selection along with 88 octanes as well as 87, 89, and 93. Normally, people who generally use the cheapest gas, pump 87 fuel into vehicles, that’s the standard blend of gas cheapest and recommended for a majority of cars. Unleaded 88 is a newer blend that contains more ethanol than other brands so it needs to be used with education.

According to the EPA 88 gas contains 15% ethanol and that’s not good for cars that are pre-2001, because they were not manufactured to handle this higher blend of ethanol. Your standard 87 gas only contains 10% ethanol and is ok for just about any vehicle, minus high-performance cars.

How do you know what gas to use? Grab that owner’s manual from the glove compartment to see what is recommended for your vehicle. If you don’t have an owner’s manual most car manufacturers have them available online or a typical google search of your year, make and model may help.

Turns out, some car owners should steer away from using it, even though it can be cheaper than the standard 87 octane fuel that is 10 percent ethanol. … The 88 octanes should have no effect if you happened to fill your tank with it once, but prolonged use by a car not equipped for it can cause an engine to wear out faster.