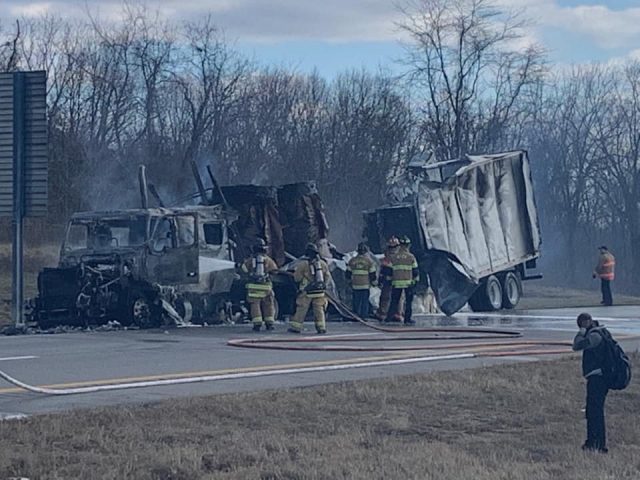 CHILLICOTHE – Lancaster fire is heading to the same semi from earlier as hotspots in some of the product in the trailer has reignited.

Lancaster’s Engine 631 is on its way to Barbers Towing located at 2150 Main Street in Thurston Ohio, Just north of Lancaster. According to reports the earlier semi fire trailer was filled with paper and has reignited the trailer.

Earlier today a semi truck fire was reported on Westbound 33 between 188 and Coonpath Rd. According to fire officials the driver was heading Westbound when he smelled smoke and a driver that was traveling in the same direction signaled him that his trailer was on fire. The driver pulled over and called for fire and escaped the truck