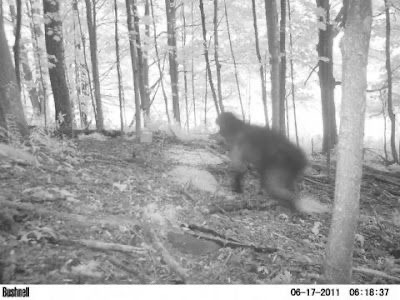 USA – Bigfoot, the illusive beast. Reports of tall, hairy bi-pedal man-like creatures go back hundreds of years. But prior to about 60 years ago these stories were thought of as little more than curiosities. Starting in the 1950s and 1960s people began to seek these creatures out, hunting and searching for them. This article focuses on the ongoing search for Bigfoot, the different people who look for them, and the many methods used. For those searching for someone or something this includes hunters, police/detectives, soldiers…one thing is paramount- understanding the nature of the animal, criminal, or enemy. In the case of Bigfoot it means “What IS Bigfoot?” well this is a tough questions…the answer depends on who you ask. Some say Bigfoot is an animal, nothing more than a Great North American ape who has evolved to walk on two legs. Some believe Bigfoot is closer to man…a highly intelligent being that bridges the gap between human and animal, perhaps even a missing link type creature. Others say Bigfoot is an interdimensional traveler…or even an alien. There are as many answers to the question “What is Bigfoot?” as there are researchers and investigators out there. So, the concept of fully understanding what you are seeking can be a hard one in this case. Where does one go about finding Bigfoot? Like before, different researchers have different thoughts on this. You certainly wouldn’t find these creatures inside a populated area like a town or city. Sasquatch need three things-Food. Water. Cover. With cover being very important. If Bigfoot does in fact exist one thing is for sure, they are masters at living undetected. It’s almost certain you would find them in the wilderness of say The Smokey Mountains and the vast untouched forests of the northern parts of the United States and into Canada. But I also think they live just on the edges of society…groups of Sasquatch have been known to live for generations on one families land. They’re also known to live inside state parks, such as Salt Fork State Park here in Ohio. Salt Fork is famous worldwide amongst Bigfoot enthusiasts for its long history of Sasquatch activity. The world’s largest Bigfoot event “The Salt Fork Bigfoot Conference” is held there annually. If you have even a passing interest in the subject I recommend attending at least once! Why do Bigfoot live in state parks and on country land owned by people? Why would they choose to live in places where they could easily run into humans? I believe it’s because Hunting is not generally aloud in state parks, and most people don’t allow hunting on their land. These creatures are smart enough to avoid hunters, and avoid areas where hunting is allowed. Now, let’s go over some of the different methods used to find or locate Sasquatch:

Wood Knocking- It’s believed by many that Bigfoot communicate with each other over distances by “knocking” or hitting trees with other pieces of wood. I don’t know of anyone who claims to have completely broken the code, but it could be as simple as One Knock= “I am here, is anyone out there?” Two knocks= “I hear you. I’m here and wish to communicate.” A series of knocks could be a way of warning other Bigfoot “there are people near be careful” or “leave this area” Knocks would be an easy way to locate another Sasquatch. Regardless Bigfooters (those who go out into the woods to find Bigfoot) will knock or loudly hit trees and listen for a response, which could mean a Bigfoot is near. 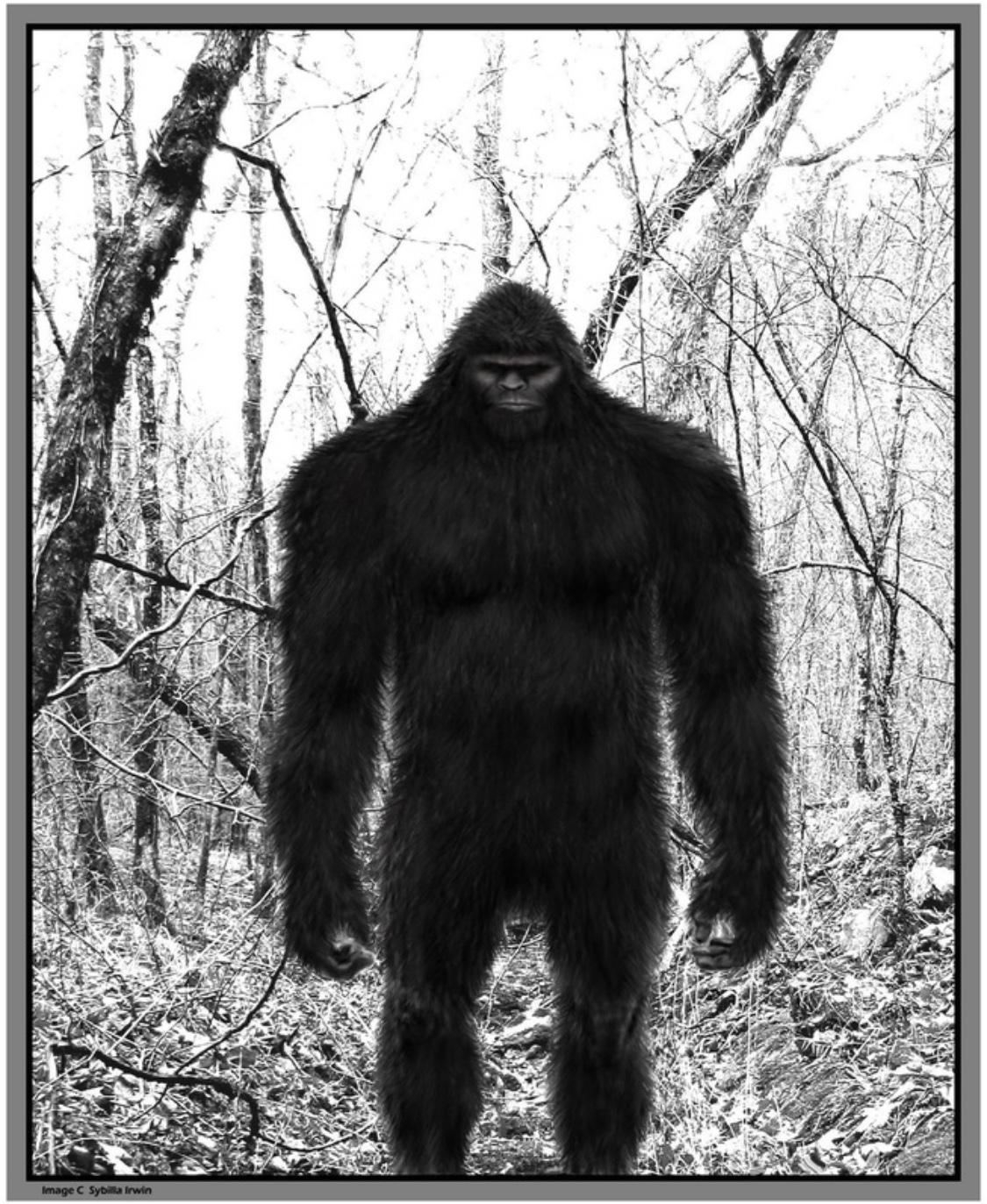 Howls- Bigfooters will often scream or howl with the hope of getting a reply from a Sasquatch. Some investigators have gotten very good as imitating Bigfoot vocalizations. There are loud howls, long howls, whoops, screeching shouts, and screams. The purpose here is to try and trick a Bigfoot into thinking you are one of them and get them to either Howl back OR come in close to find you. 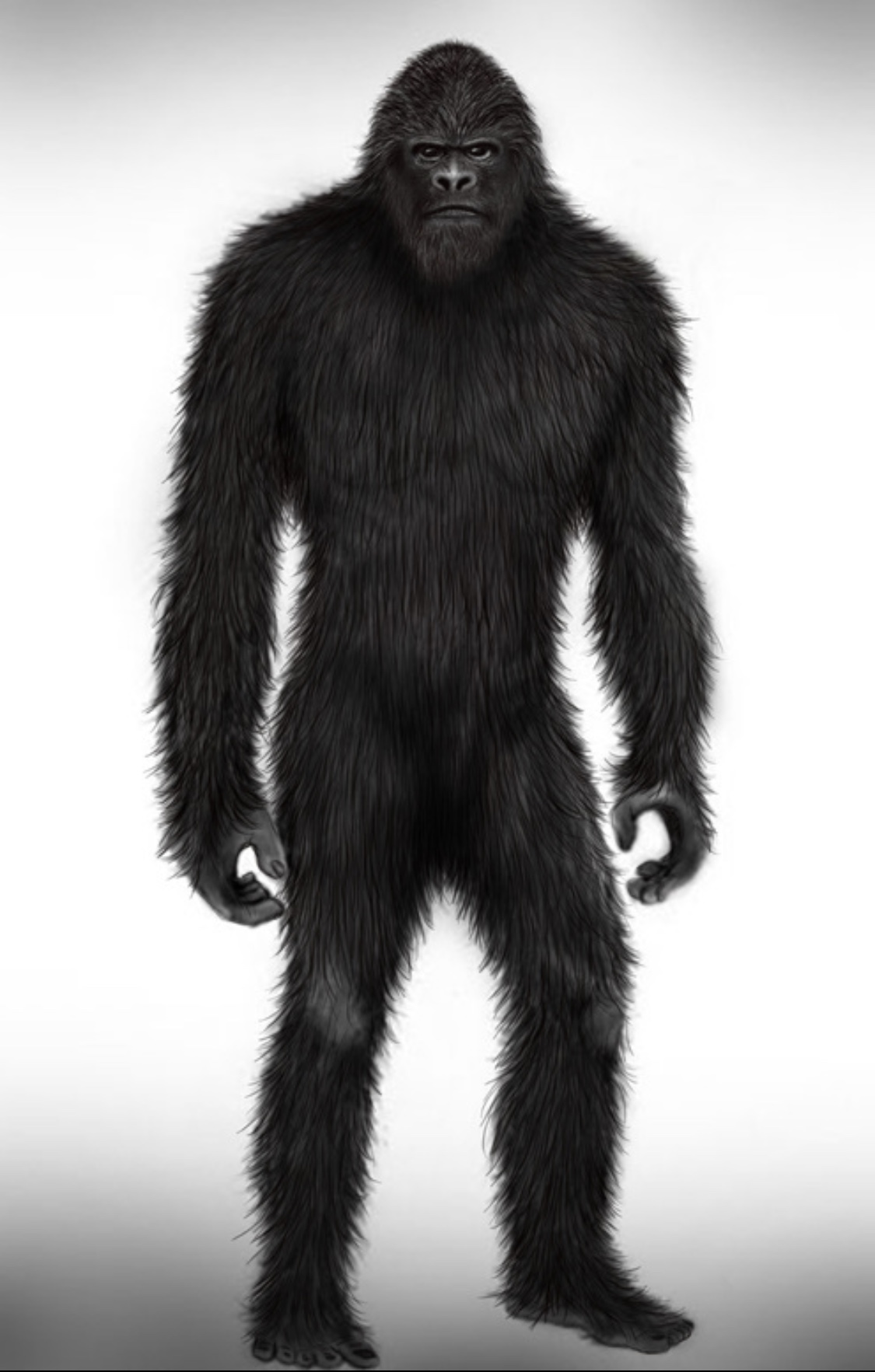 Call Blasting- This is a fun one. Some Bigfoot investigators will take along huge speakers hooked up to a computer and they will “blast” loud previously recorded Bigfoot vocals out into the night woods hoping for a response. The “Ohio howl” is a famous Bigfoot howl recorded in 1994 by Bigfoot Investigator Matt Moneymaker in Columbiana County, Ohio. It’s one of the vocalizations played often by those who use this method. 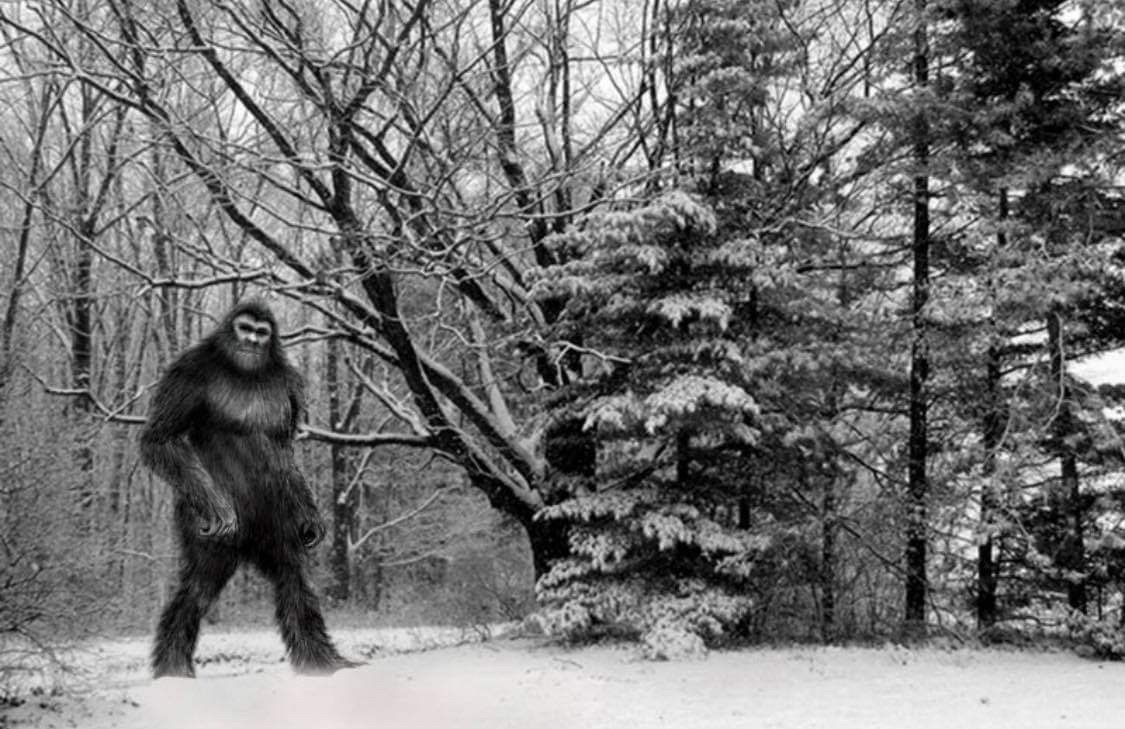 Game cameras- Game cameras have been used by hunters for many many years to record Deer and other animals in an area to see what’s out there, or to see if a location has a small or large population of the animals they’re hunting for. Bigfoot Investigators have taken these cameras and use them to look for Bigfoot. They are camouflaged and usually attached to a tree. The cameras are triggered by movement, any motion in the area will set it off and take a picture, series or pictures, or video. You would likely bait the area with food or something else to attract a Sasquatch. These cameras can see in the dark and many hold several hundred photos to be downloaded when the owner comes to retrieve it. There are a few good game camera photos out there that our said to show a Bigfoot. Still there is some debate on the effectiveness of this tool, some bigfooters swear by them, others believe the bigfoot can easily detect and avoid them.

When it comes to finding Bigfoot some researchers take a different approach altogether, they believe it’s very hard or nearly impossible to find them by searching around the woods at night using methods such as the ones listed above… Instead they try to attract a Bigfoot to them, not by trying to fool them but by peaking their curiosity. Some groups claim to have great results by creating a big campfire in the woods, cooking food, and/or by playing music. It’s long been rumored that Bigfoot is fascinated by music. Humans have a built-in receptivity and love of music.. It touches us and stirs our emotions like nothing else. If Bigfoot are indeed closer to man than animal, it makes sense they would be interested in and attracted by the sounds of a flute, a guitar, or the pounding of a drum. The thought with these methods is-don’t go looking for Bigfoot, let Bigfoot find you. So, what do you do if you actually find a Bigfoot? Say you are a researcher and you’re out in the woods and walk right into one? Or you’re a deer hunter and you run face to face with a Sasquatch…what do you do? This brings us to the debate known in the Bigfoot community as “Kill or No Kill?” There are two sides to the debate… if your goal is to confirm the existence of these creatures to Science, do you shoot and kill one to prove to the World that they’re real? Some Bigfooter researchers say yes, it’s the only way to prove it. The other side says no, that killing one would be at the very least morally wrong, and at worst Murder. Do we need to kill one to prove its existence? Do we even have the right to kill one? It’s an ongoing debate with researchers on both sides very passionate about their belief. As for myself I’m officially on the “no kill” side, but I’m also not trying to prove to the World Bigfoot is real.. I’m searching for my own personal encounter. I want to see one face to face…I doubt I would even tell anyone about it. Does Bigfoot even need our recognition? Our protection? They’ve been doing fine for all this time without us. Would they be better off if everyone knows they exist…? I’m reminded of a quote I once read “What’s the smartest animal in the World? The one who hasn’t been discovered by man.”

I would like to thank Sybilla Irwin for kindly allowing me to use some of her Bigfoot artwork for this article. Sybilla is a talented artist who specializes in Sasquatch art. She’s a sketch artist who works directly with witnesses to bring the creatures they encountered to life. Visit Sybilla’s website at http://www.sybillairwin.com 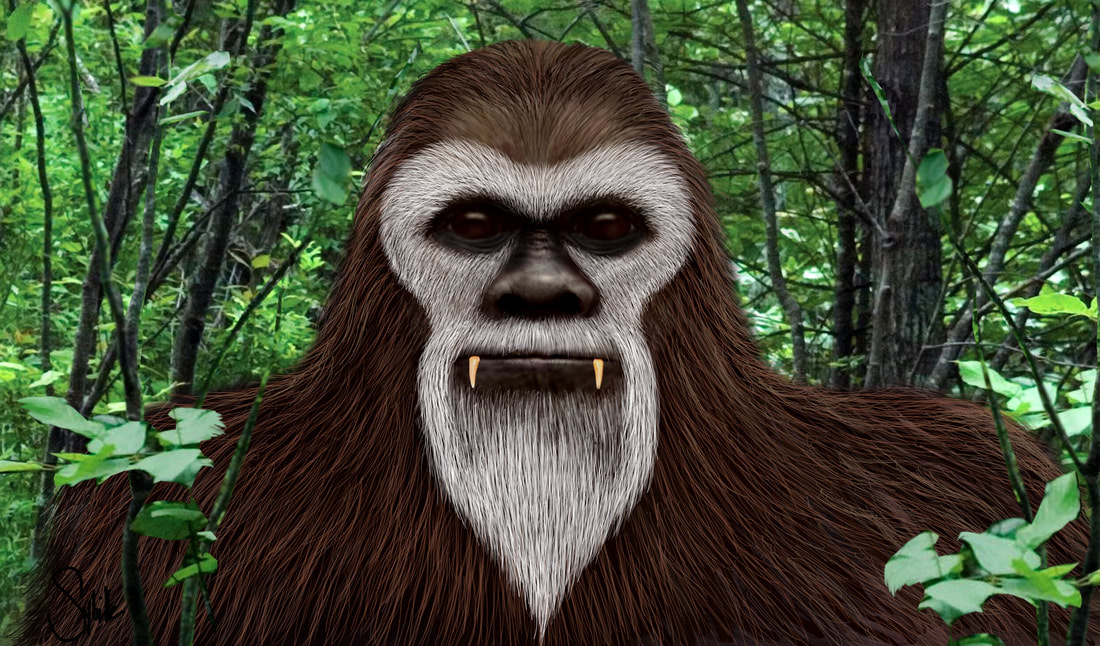