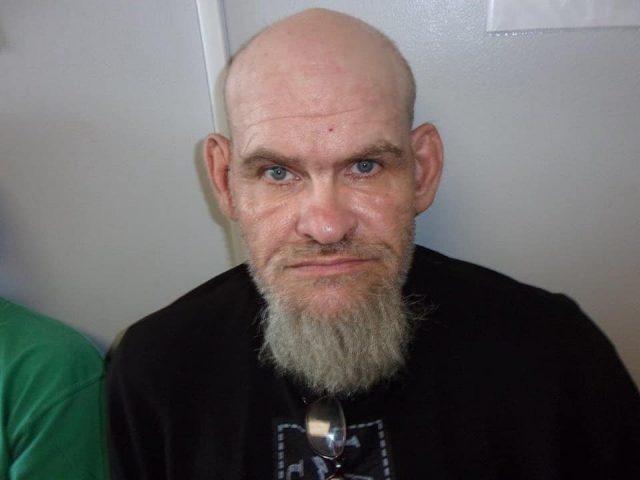 SUBJECT: One prisoner still on the loose after escaping the Star Community Justice Center
Scioto County Sheriff David Thoroughman stated that his Emergency Communications Center was contacted by the Star Community Justice Center (Franklin Furnace, Ohio), June 4th, 2022 at 8:06 p.m. in reference to “2-3 male inmates escaping. The caller advised that the inmates escaped possibly by climbing the fence. The caller asked the dispatcher to notify the Ohio State Highway Patrol, who is the responsible law enforcement agency.
Sheriff Thoroughman stated that deputies responded to the area, along with the Ohio State Highway Patrol, to begin the search for the escaped inmates. Deputies contacted a person at the Star Community Justice Center, who provided the names of the escapees and a description of a female that was near the fence line just prior to the escape.
Upon the initial arrival of deputies, deputies stopped and spoke with a female asking if she had witnessed anything to do with the escape. She stated no. This female matched the description given by the employee of Star Community Justice Center. Deputies quickly relocated and detained her.

The female, Allie Elizabeth Angelo, came to the Star Community Justice Center with her ex-husband, Matthew Daniel Sladen, to assist her fiancée, Jeffrey Randle Fields, escape. Deputies obtained the location of Sladen, which was Walmart in Waverly, Ohio. Deputies spoke with Sladen and asked him to remain there. The Waverly Police Department was contacted and they responded and located Mr. Sladen, detaining him until the arrival of Scioto County Deputies.

While deputies were speaking with Sladen, Fields was located and arrested by the Deputy Webster on Junior Furnace Road. The Ohio State Highway Patrol located and detained escapee Clifford Tyler Morris, who was located on Junior Furnace Road as well.
Sheriff Thoroughman stated that on the following morning deputies were dispatched to the Norfolk and Southern property off of Hayport Rd in reference to two suspicious persons. Upon the arrival of deputies, they observed the two individuals walking towards U.S. 52. The suspects ran from deputies and a request was made to the Portsmouth Police Department for their K-9 unit to track the suspects.

The Portsmouth P.D. responded, as well as the Ohio State Highway Patrol. The K-9 began tracking the suspects and one of the suspects, Aaron Brigeman, emerged from the wood line and began walking on the railroad property, where he was detained and arrested by Deputy Tackett-Dye. Deputy Tackett-Dye asked Bridgeman where the other escapee was. The deputy was advised to look at the end of Selby Ave. near a mobile home. Escapee Walker Pence was located in the woods next to the mobile home.
Presently, the only inmate that is still on the run is Thomas Charles Comberger, age 46, of 294 S. Walnut St., Wilmington, Ohio. He is described as 6’4” and 245 lbs with brown hair and blue eyes. Sheriff Thoroughman asks the public to call 9-1-1 if Comberger is spotted.

Sheriff Thoroughman has been advised that all of the escapees from the Star Community Justice Center were low level, non-violent, drug offenders. The Star Community Justice Center is a community based correctional facility intended to promote and reduce prison commitments through treatment and education.
Sheriff Thoroughman states that the investigation of the escape will be conducted by the Ohio State Highway Patrol, since it is on State property.
Sheriff Thoroughman would like to thank the Portsmouth Police Department, Scioto County Prosecutor Shane Tieman, the Ohio State Highway Patrol, and the Waverly Police Department for their assistance.
All cases will be presented to a Scioto County Grand Jury on a later date. The escapees will face charges through their home counties as well.