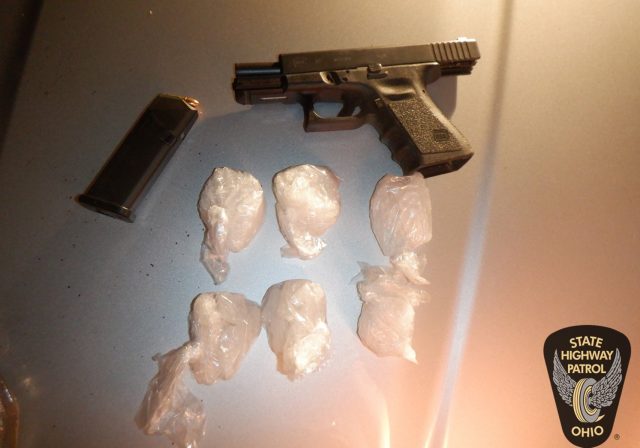 According to OSP, on June 30, at 11:23 p.m., troopers stopped a 2006 Chevy Impala with Michigan registration for marked lanes and unsafe vehicle violations on U.S. 23. While interacting with the occupant, troopers detected an odor of marijuana coming from the vehicle and marijuana residue in plain view. A probable cause search of the vehicle revealed the contraband inside a speaker box.

The suspect, Dejon Lamar Christopher Clark, 27, of Detroit, was incarcerated in the Scioto County Jail and charged with possession and trafficking in drugs, both first-degree felonies and weapons under disability, a third-degree felony.